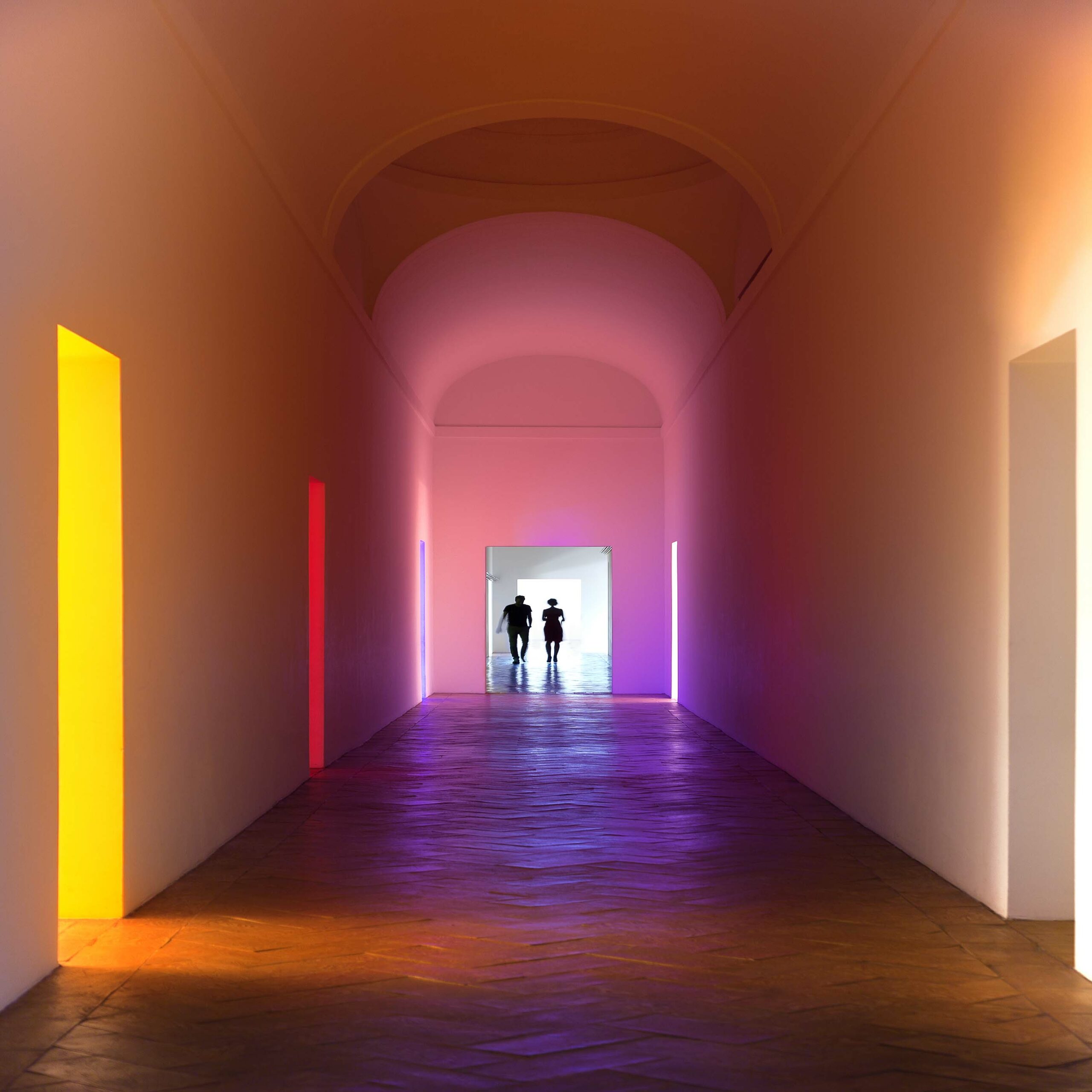 Villa Panza. To be lived and shared

“A collection is not a simple assemblage of works. It suggests experiences to be lived and shared. For me, collecting does not only mean possessing. It is a way of being, a philosophical attitude that concerns my search for fullness, which I would like to share.”
Giuseppe Panza di Biumo

Villa Panza, whose origins date back to the seventeenth century, is a treasure chest that houses one of the most important collections of American contemporary art in Europe. Here is the most complete transcription of Giuseppe Panza di Biumo’s thoughts. A sort of autobiography in images, an extraordinary collection of works of art that it was his wish to keep intact. For this reason, in 1996, together with his wife Giovanna and their five children, he decided to donate the Villa with his collection to FAI, so that it would remain a heritage for the whole community. 2020 was a significant year: it was the tenth anniversary of the death of the collector (1923 – 2010), and the twentieth anniversary of the Villa’s opening to the public. Giuseppe Panza di Biumo created a collection of over 2500 works of art, distributed over a very long period, from the 1950s to the early 2000s. An impressive collection of works that have crossed the currents of European Informal, Abstract Expressionism and Pop Art, then Minimal, Conceptual and Environmental art, to include various expressions of Organic and Monochrome art. Throughout his career focused on American art and shared with his wife Giovanna, the close relationship between his “exploratory eye” and his thought has made him one of the most important collectors of the 20th century. In addition to encyclopedic curiosity, a very broad vision and passionate generosity, Panza combined another special talent, the ability to commit: a typical characteristic of Lombard entrepreneurs, probably the result of the “genetic” inheritance of his family. When, as a young man who had just graduated in Law, he arrived in America, he understood that the future of art was being born there.

All these factors allowed him to carry on as a pioneer his work as a collector, explorer, patron and founder, even when his choice, his aim since the 1950s to penetrate the history of American contemporary art, was seen with disbelief, almost madness. Together with his wife, a supportive companion in this adventure, he spent a few months every year in the United States, in contact with collectors, gallery owners, museum directors, but above all with the emerging personalities on the American art scene of the time. He would meet them in their studios, at the time simple garages that they used to put on the street: think of Mark Rothko, Robert Rauschenberg, Sol LeWitt, Donald Judd, Dan Flavin, James Turrell. From them, without passing through the galleries they were represented by, he acquired with great intuition the works that were gradually enriching his collection, works that at the time were too visionary to be understood in Italy. His interests too, as is clear from the morphology of the collection, ranged from the figurative arts to literature, from philosophy to science, with a methodological approach that marked his life and studies in a totalising way, breaking the ties with the conservative tradition, with a strong unconventional and libertarian tension. Villa Panza was his beating heart and at the same time a sort of laboratory, a forge for experimenting with new aesthetic and museographic criteria, and the place where he conceived the complex layout of his art collection, which is unique on the international scene thanks to its intuition and originality. Here, Panza has achieved, with his vision, a perfect combination of balance and harmony, between architecture and nature, between indoor and outdoor environments, between historical furnishings and contemporary artworks, also with the complicity of the artists who have designed memorable site-specific interventions since the second half of the seventies, designed specifically for his villa, making it famous all over the world. The need to establish an osmotic reciprocal relationship between the work and the space, which emerges strongly in its relations with Robert Irwin, James Turrell, Maria Nordman and Dan Flavin, among others, was a central element in the exhibition paradigm.

It was carried out systematically along its path and in the perfect definition of each element that makes up the display of the Villa, mainly in function of the spiritual and philosophical aspect. Today, the museum presents 200 works of contemporary art, in a close and absolute dialogue with the spaces, the historical furnishings and the collection of primitive African and pre-Columbian art. Colour and light, the relationship of artworks with the interior and exterior of the Villa, and the relationship between architecture and nature, are the cornerstones on which the exhibition design was built in different periods and languages. In these twenty years, FAI, by accepting the donation, has committed itself to a systematic activity of conservation of the Villa, the works of art and the gardens. It is precisely starting from the identity of the Villa and its founding characteristics, that since 2011 I have thought of a coherent path of exhibition activities. Taking up the legacy of the Milanese patron, it has continued in the direction he traced and which has allowed, thanks to the exhibitions held, and the new works created on these occasions for the rooms of the Villa and the garden, the acquisition of ten important installations that today enrich the original collection. Panza di Biumo died a little less than a month after the opening of the solo show dedicated to Christiane Löhr, a German artist whom he had welcomed into his collection in 2003, and whom he had always supported ever since. The exhibition Dividere il Vuoto, designed specifically for the museum’s Stables and played on a calibrated succession of sculptures, drawings and installations, is therefore the latest project followed with Giuseppe Panza di Biumo in the first person. Löhr immediately experienced a direct and symbiotic relationship with nature. Her installations are composed mainly of organic materials. They are fragile microcosms that nevertheless transmit a reassuring solidity. Primary forms, imaginary, structured constructions that can recall elements of oriental architecture. I think we can also clearly understand the decision to dedicate an exhibition in 2013 to Robert Irwin and James Turrell, two of the most famous interpreters of Californian environmental art, who have been frequent visitors to Villa Panza since the early 1970s. Light, perception and space were the materials of their experimentation: Irwin investigated above all the nature of visual perception. Turrell conducted an obsessive work on pure light. Between 1973 and 1976, Panza had commissioned their first plastic interventions in the Villa, which marked a furrow in the relationship between the architectural and environmental dimensions and the creation of new visual experiences.

The exhibition Aisthesis – All’origine delle sensazioni, in collaboration with the Guggenheim in New York, Lacma and Getty Research in Los Angeles, was an opportunity to explore the relationship of friendship and collaboration between the two artists and the collector while, at the same time, bringing the two masters back to the special place where they had both begun their research. The work Varese Scrim 2013 conceived by Robert Irwin after 40 years for Villa Panza, dialogues with the previous project in a more minimalist key. In 2015, the museum hosted a retrospective exhibition on Meg Webster, born in 1944 in San Francisco, present in the original collection since 1988. Interested in the languages of Land Art (she was Michael Heizer’s assistant) and in the minimalist heritage, she has always been highly sensitive to ecological issues. She mainly creates sculptures and installations, in a subtle balance between geometric rigor and unpredictability of nature, between natural and artificial environment, such as Cone of Water, a site-specific work for the Villa’s courtyard of honour. Sean Scully, born in 1945, one of the greatest representatives of the contemporary art scene, master of light and colour, was the protagonist of the temporary exhibition organised in 2019. The work Looking Outward, which the artist donated to FAI, as it was for other artists hosted in the Villa, transformed the garden greenhouse into a kaleidoscope of colours. The complex and stratified process of valorisation of the museum in recent years has involved great international masters, giving rise to articulated research and narration projects. Thanks to the voice and poetry of these artists, deep, sometimes unexpected dialogues have been experimented, not without suggestive short circuits with the permanent collection and the rooms of the Villa.

Today you can go back to where the adventure of Villa Panza started from. After years of escaping outside, where the original drawing drawn by the collector was challenged, questions and questions have arisen in line with what is one of the functions of contemporary art, and with what Giuseppe Panza di Biumo first wanted to show us through his exciting and unforgettable adventure. 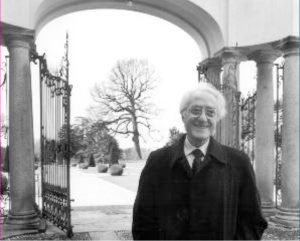