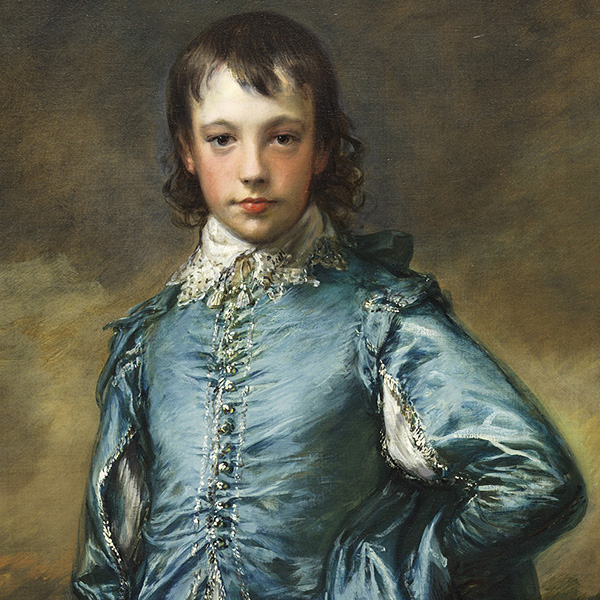 Thomas Gainsborough’s The Blue Boy is a full-length portrait of the painter’s grandson, Gainsborough Dupont (1754-1797), but it is above all a superb tribute to Antony Van Dyck as the father of British painting. Painted in 1770 on a life-size scale – it is 180 cm high and 120 cm wide – it recalls the double portrait of the Villiers brothers, George, 2nd Duke of Buckingham and Lord Francis. However, compared to the model, which lights up with the warm red and golden yellow, this authentic masterpiece of 18th-century European portraiture appears to us as an unparalleled exercise in style on the infinite gradations of blue, the colour that best describes the profound emotions of spiritual introspection. Legend has it that Gainsborough made it to contradict a piece of advice from Sir Joshua Reynolds, then President of the Royal Academy, who in his keynote address in 1778, recommended the use of cool colours only to support a ‘warm, mellow colour, yellow, red or yellowish white’. This anecdote is important to understand how the different personalities of the two artists were perceived by their contemporaries. Reynolds is the absolute protagonist of English painting, with his exuberant character and charismatic oratory, the very embodiment of the concept of celebrity and the guardian of academic history painting. On the other hand, Gainsborough is a painter who avoids the fires of vanity in order to live and portray the quiet life of the British upper middle class and aristocracy. In his bold compositional and chromatic scorn combined with an innate sensitivity and grace he appears as an ante litteram ‘romantic’. Kept since 1922 in a private collection in California, on 25 January 2022, one hundred years after its departure from Britain, it will be exhibited at the National Gallery in London until 15 May, as a symbol of timeless beauty that still excites with its enchanting sincerity. 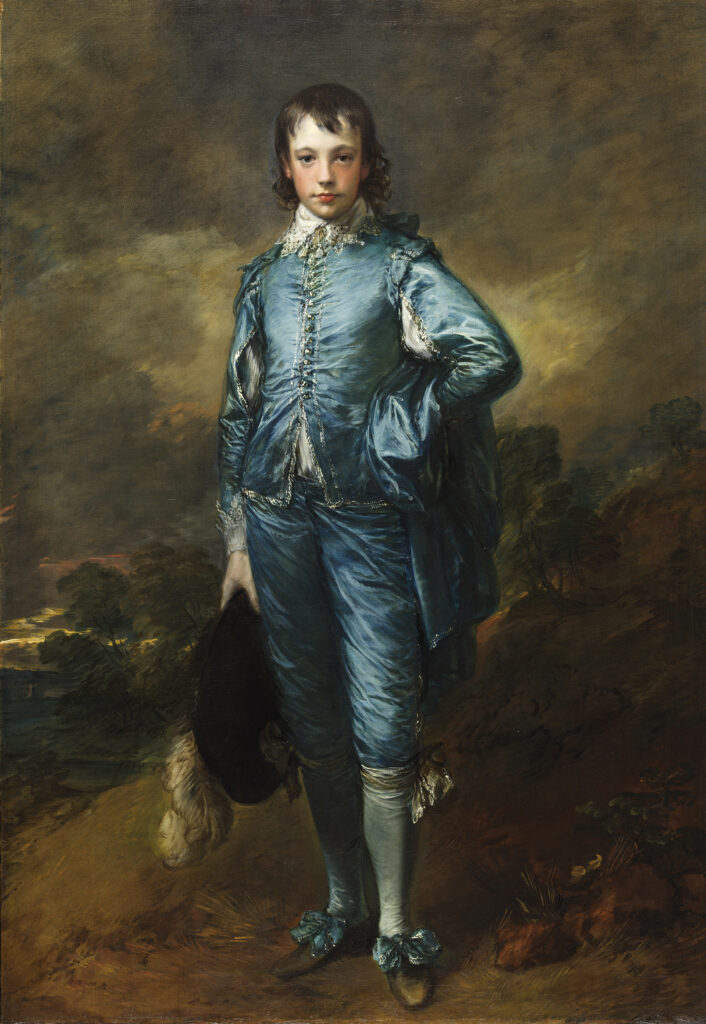