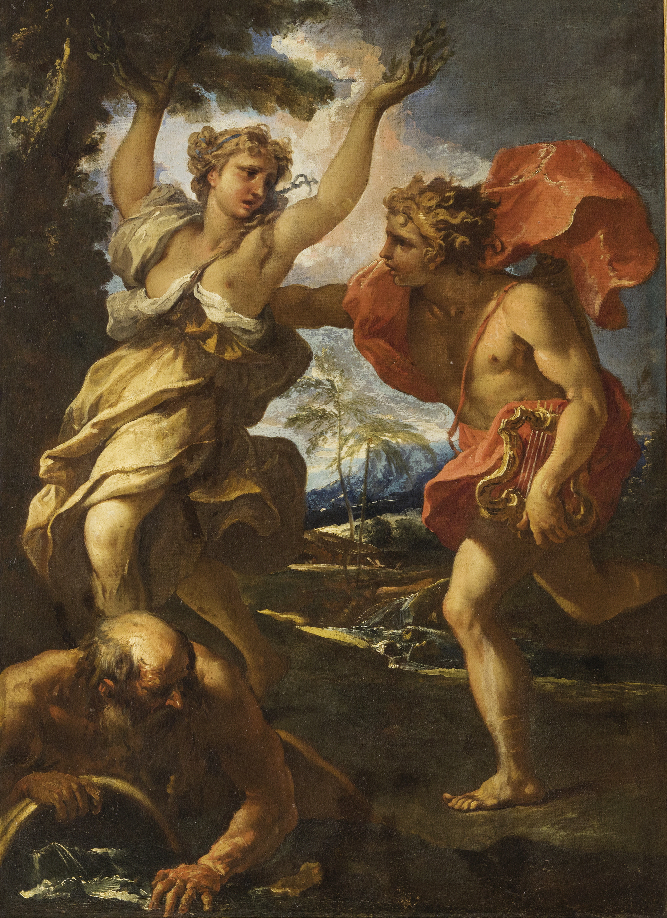 The eternal light of the Baroque

The eternal struggle between chastity and drive, physical and spiritual strength are the iconographic themes hidden in the subjects of Apollo and Daphne and Judith and Holofernes. In the first case, the concept of metamorphosis was superbly treated between ‘400 and ‘700 by artists such as Giorgione and Pollaiolo, Gian Lorenzo Bernini and Giovan Battista Tiepolo. In the second, Caravaggio made reality appear even truer and eternally contemporary, violent yet abstract. The action becomes catharsis between body and soul, chaos and order, and nature becomes the tool to translate the “verb” in forms and colors.

The Eternal City of the late seventeenth century is a city where the light of the Baroque still shines brightly. It is a light that invents and deludes with spectacular artifices, and where Italian and foreign artists converge to form and obtain important aristocratic and ecclesiastical commissions.

The Genoese Paolo Gerolamo Piola is documented in 1690 in the atelier of Carlo Maratti. Here, he had the opportunity to update his language in classicist key, in particular Emilian and Bolognese, as we can see in the Judith and Holofernes, a canvas dating from the turn of the century that will be hesitated in the next auction of Ancient Paintings. The painting highlights a clear influence on the icy style of Guido Reni, but with a beauty and pictorial strength that make this painting one of his best creations, if not his masterpiece.

In the canvas Apollo and Daphne by Sebastiano Ricci from Belluno, the image seems to be dictated by the sixteenth-century tradition of myth, taking as an example a drawing by Perin del Vaga made in 1527 and engraved by Jacopo Carraglio which inspired the similar fresco composition by Carlo Cignani at the Palazzo del Giardino in Parma in 1680. However, the amazing pictorial technique is an admirable example of the very near late baroque of the seventeenth-century Roman art of Annibale Carracci and Pietro da Cortona, here mixed with the styles of Venetian pictorialism. Registered as a resident of Palazzo Farnese in April 1691, he admired the two masters but also the elegant and tapered figures of Giovan Battista Gaulli. The canvas, to be attributed to this period, is characterised by a skilful synthesis between decorativism and substantial painting, marked by drafts and strokes of light to create the illusion of movement, cadenced by drapery and hair.