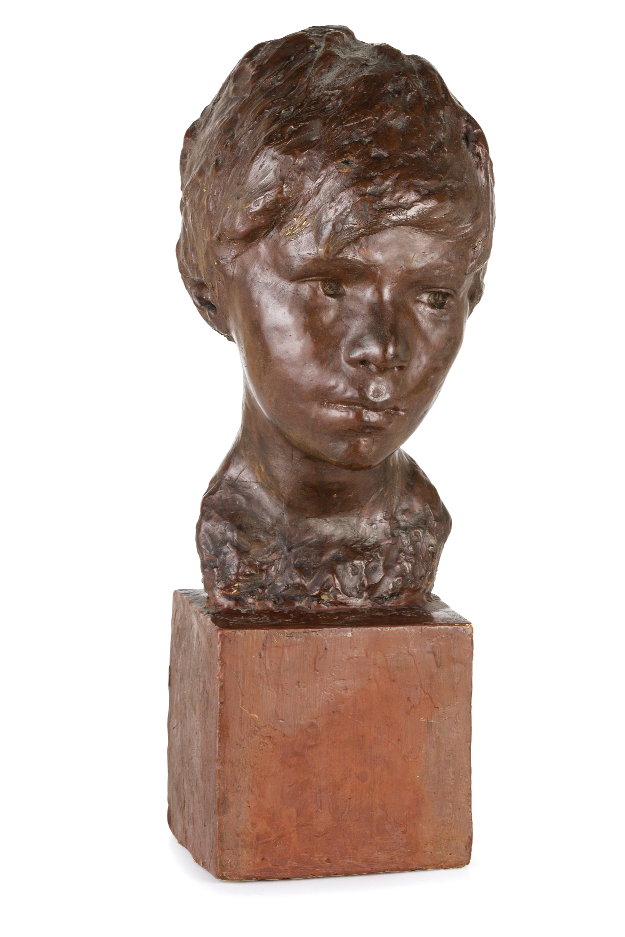 “I don’t know much 100,000 lire is, and I don’t care. I don’t know money, but heroes: a pipe of tobacco and some clay are enough for me. The rest is worth nothing”. Vincenzo Gemito’s art is made of silent heroes who escape hardships thanks to their smiling soul. This places them beyond their social dimension, often of abysmal poverty. A child laughing, a disheveled gypsy, an elderly philosopher, the woman he loved, a young fisherman holding a fish to his chest. It was Naples, the theatre of the world, a place to start and then return to, because only those landscapes reminded him of the misery he had started from to later achieve extraordinary success. Like all poor children in Naples, Gemito was a street boy with his friend ‘Totonno’ Antonio Mancini, who also became a famous artist. At the age of ten, they learned the basics of painting and sculpture. Both were fascinated by the rooms of the National Museum of Naples, where they discovered the bronzes of Pompeii and the ancient statuary. They also used to stare the children fishing in the port and the craftsmen who made figurines for cribs on Via San Gregorio Armeno. His sculpture is the admirable synthesis of these influences, classic and natural, refined in plastic modelling and realistically ductile in capturing the movements of the soul. A figure that will remain unchanged throughout his artistic career, crossed by a sensual and affectionate softness that hides with admirable balance the excruciating torments of the mind that will lead him to madness.

The wax model of the famous Portrait of a Boy, preparatory to the terracotta version preserved at the Museum and Chartreuse of San Martino in Naples – now on display at the Petit Palais in Paris for the first anthological exhibition of the artist in France celebrating his greatness – will be hesitated in the next auction of the nineteenth century. Here, it will be possible to fully grasp the expressive happiness of his artistic genius, which radiates with the grace of the simple essence of things.