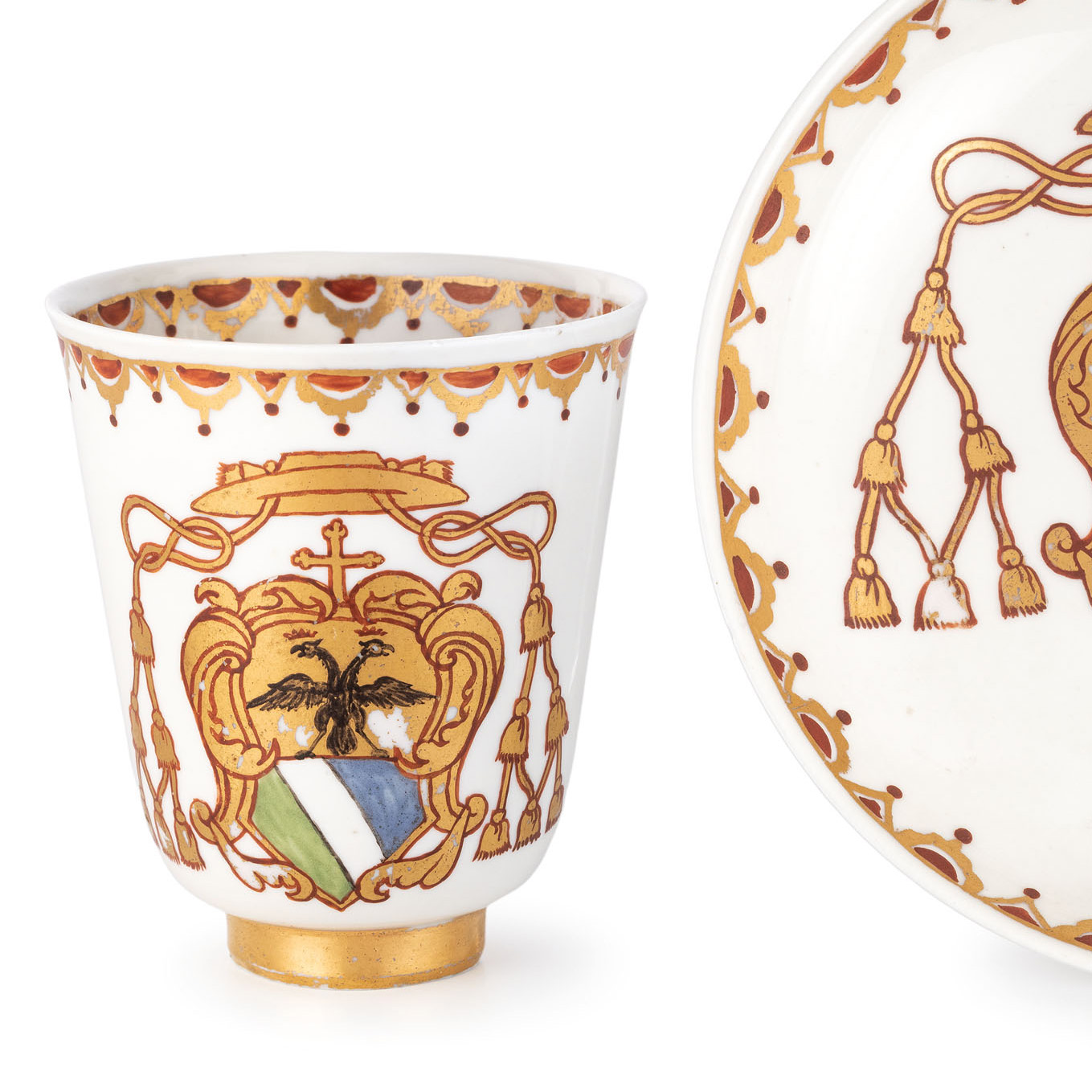 Porcelain, what a passion!

In the next ceramic auction, scheduled in the Genoese rooms of Wannenes for 20 September, a wide selection of porcelains and majolica will be presented, some of them iconic both of the production of the time and of a cultured and refined collecting taste.

From a Milanese collection assembled from the very early years of the last century, often with the advice of the great merchants of the time, comes a rare example of a cup and saucer belonging to the service for Cardinal Ottoboni in the years between 1720 (probably 1724) and 1727 (lot 139. estimate 7,000 – 9,000 euros). This is one of the most outstanding results of the production of the famous Venetian manufactory, founded in 1719-20 by Giovanni Vezzi, a Venetian patrician. Few specimens are known and almost all are in public collections, two in the Museo Civico in Turin, two in the Musèe National de Ceramique in Sèvres: another cup and saucer is now in the Lokar collection.

Another important work is the cup, together with a perhaps irrelevant saucer, produced in Doccia in around 1753 and destined for a service made for Cardinal Stoppani, one of the best-known and most well-researched commissions of the early period of the manufactory under the guidance of the founder Carlo Ginori (lot 121, estimate €5,000 – €7,000).

The catalogue of the September auction, however, presents other items of considerable interest. Look at the rare tea caddy in white and blue porcelain from Doccia, with stencil decoration (lot 118, estimate Euro 800 – 1,200), or again, the bourdalue in white and blue majolica, which came out of the kilns of the Vische factory in around 1765 (lot 105, estimate Euro 500 – 800). This maiolica is en suite with a specimen now in the collections of Palazzo Madama in Turin and published by Brosio in 1973: these ceramics were probably made on an experimental basis by Ludovico Birago (the founder of the factory) for the Counts Valperga di Masino, a thesis supported by the Masino mark used here.

Also worth mentioning among the majolica is the beautiful parade dish from around 1670 in polychrome majolica from the workshop of Francesco Grue belonging to another collection, also from Milan (lot 197, estimate Euro 3,500 – 6,000).

Finally, among the glassware, the iridescent glass vase, made around 1930 by the painter and engraver Balsamo Stella for the Pauly furnace in Venice and Murano. The vase is elegantly decorated with a mermaid figure (lot 230, estimate Euro 2,400 – 2,600).