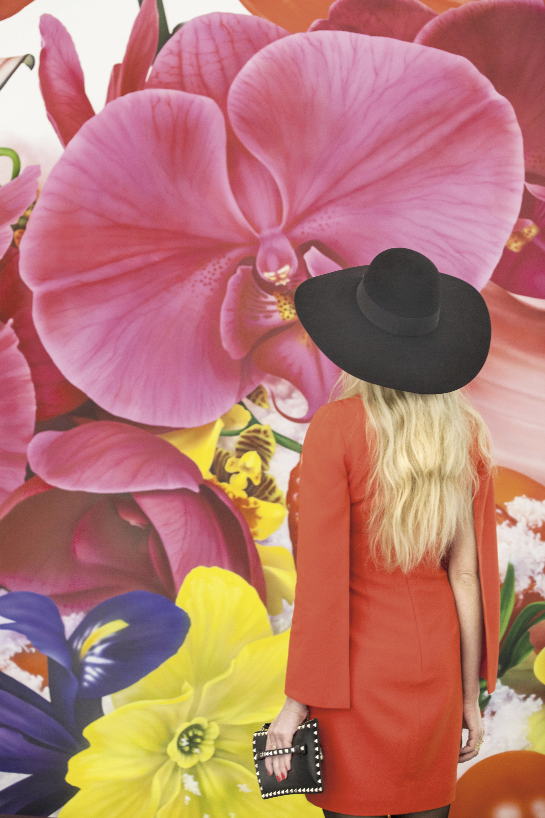 Euphoria reigns supreme over the markets. If it is true that the art market also responds to the very same criteria as the financial markets and, above all, that the art market moves within the same sort of timescale and with the same sort of progress then, one might hazard, such a situation could not possibly be more favourable.
Let’s proceed, however, in an orderly manner and start off from the world leader. The Trump era in the United States has begun at full speed. Following initial bewilderment when the President was first elected, in just a few hours the financial markets started to rush ahead and the S&P 500 – the world’s most important share index – reached over 2.300 which was a historic record. Whole sectors that had previously been in some difficulty, such as energy, telecommunications, construction and weapons are witnessing a new Spring on the basis of the new administration’s promises. Investments in infrastructures for at least 1,000 billion dollars, reductions in taxes and deregulation in the markets have heightened the hopes and wishes of most financial operators.

Europe, too, is hardly staying in the background. Today, Europe’s financial markets, still benefitting from the help of the ECB that is continuing to keep rates exceptionally low, are proceeding with a dose of optimism that was unhoped-for until only a few months ago. Sales have risen at a rate of 2% per year in Germany where the population has always been more careful about saving and spending. The GNP is rising everywhere in Europe at average levels of around 2%, not far off the United States and deflation, considered one of the most negative phenomena, appears to be behind Europe now. Even Italy, long considered the sick man of the Continent, is starting now to grow a bit (around 1%).

In this context, the European Stock Exchanges are moving ahead with the a minimum of strength and even sectors in recession such as banks and the energy sector are providing a few new opportunities. The luxury sector, which until a few months ago had been considered in difficulty, is now undergoing an interesting period of recovery, encouraged by a wave of domestic purchases and the recovery of the emerging markets. The success of the luxury segment is, of course, directly connected to the world of art.
Indeed, it’s from those emerging markets that the most interesting news is coming. After a highly difficult three-year period – for everybody – most emerging markets are witnessing a spectacular growth rate. The economies of developing countries are destined to provide a significant contribution to the global Gross Domestic Product (GDP) throughout 2017 and 2018. This year expects to witness an overall acceleration from 4.1% to 4.4% in this new emerging area, above all as an effect of the improvement in the economic performances of countries that export raw materials and oil, such as Russia and Brazil, that are coming out now from years of considerable economic recession. China has demonstrated it is able to successfully manage the transition of its very own growth models, therefore avoiding the dreaded hard landing. As a matter of fact, it very often beats the economists’ own estimations. Also India, top among other Asian countries, is a significant growth engine and has benefitted from the reduced cost of raw materials and considerable amounts of investments that still represent an important part of the GDP.

In this context, with oil constantly above 50 dollars a barrel and with prospects that it will reach 60 dollars by the end of the year – along with the increase in commodities such as copper and iron – we might therefore be correct in presuming that the growth of the emerging markets is merely the beginning of a new and highly favourable economic cycle.
In such a context is it possible to speak of a bubble? Objectively-speaking no! Overall, Wall Street has a relationship between the prices of shares and expected earnings of around 20 which is quite high although hardly enough to make people quiver in expectation. Europe and most of the emerging markets sit at 14 which indicates that the share market in its entirety is not going at sale prices but it is nonetheless far from being a bubble.
In practice, for the first time in a long time, the world is undergoing a sort of period of generalised euphoria that is re-launching a wave of discretionary consumption almost everywhere. In this particular context, there is no lack however of negative elements. The growth of interest rates in the United States of America, the possible protectionist escalation promised by the new US administration, a European Union in the grip of political turbulence that is underlying its very existence and a frightening – to say the least – mass of debt in the whole world international system are merely the most significant elements of a picture which, if carefully analysed, does not only present an image of positivity!
Nevertheless, everybody is enjoying this current positive phase as well as the optimism that has returned after years imbued with the darkest thoughts. And the art market is clearly no exception.