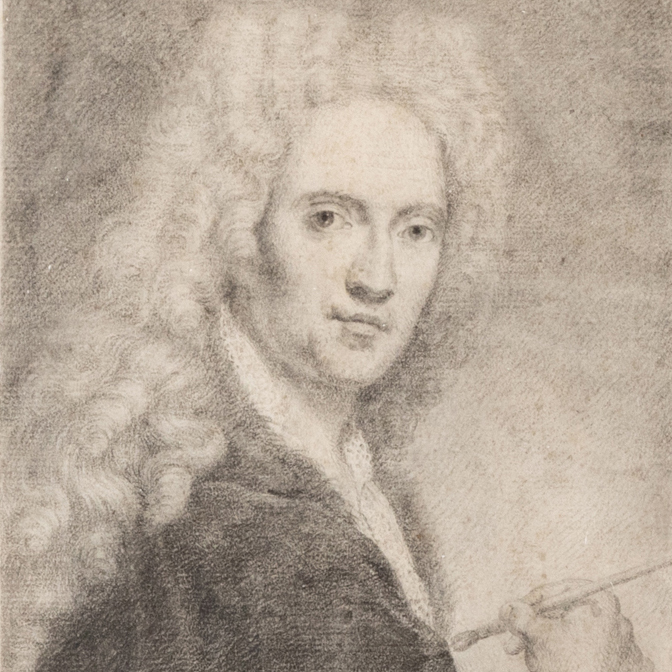 Giovanni Domenico Campiglia (Lucca 1692 – Rome 1775) was an extraordinary draughtsman and took part in the major publishing enterprises of the 18th century in Florence and Rome. His activity also included antiquarianism and he is known to have been a frequent visitor to the cultural circles of the Eternal City, in contact with Grand Tour travellers from all over Europe. His talent was noticed early on by art historian Luigi Lanzi, who mentions him in his monumental Storia pittorica dell’Italia (Bassano 1795-1796, 3 vols., I, p. 267).

Trained first in Florence at the school of Tommaso Redi and in architectural drawing under Lorenzo del Moro, and then in Bologna with Gian Gioseffo de Sole, from whom he learnt the graceful and polished forms of Reni’s ascendancy, he is documented in Rome from 1716 – the year he won first prize in painting in the Accademia di San Luca competitions – where he was immediately recognised as one of the best graphic interpreters of antiquities and Renaissance works: he mainly copied ancient statues and bas-reliefs, gems and archaeological finds from public and private collections, and executed portraits of popes and cardinals.

In Florence, he met Giovanni Bottari, director of the Grand Duchy Printing House as well as scholar and advisor to Cardinal Neri Corsini, uncle of Pope Clement XII, who, due to his experience and great skill, appointed him Superintendent of the Chamber Chalcography in 1738, tasked with making the drawings required for official prints – as in the case of Cardinal Albani’s collection of ancient coins, purchased by the pontiff for the Capitoline Museum – accounting for the sale of the engravings, and teaching his art to a group of young printers.

Between 1741 and 1755, he executed all the drawings of the statues of the Capitoline Museum, collected in three volumes that stand out, in their colossal completeness, for a superb sharpness of sign and a purity that is already fully neoclassical.

In the web-only auction of Old Masters and 19th century paintings (20 January – 1 February 2023) a delicate Self-portrait in pencil and black and white chalk on paper (lot 90, estimate € 800 – € 1,200) will be auctioned. With its witty and curious gaze, it shows how his passion for art still fully inhabited him. 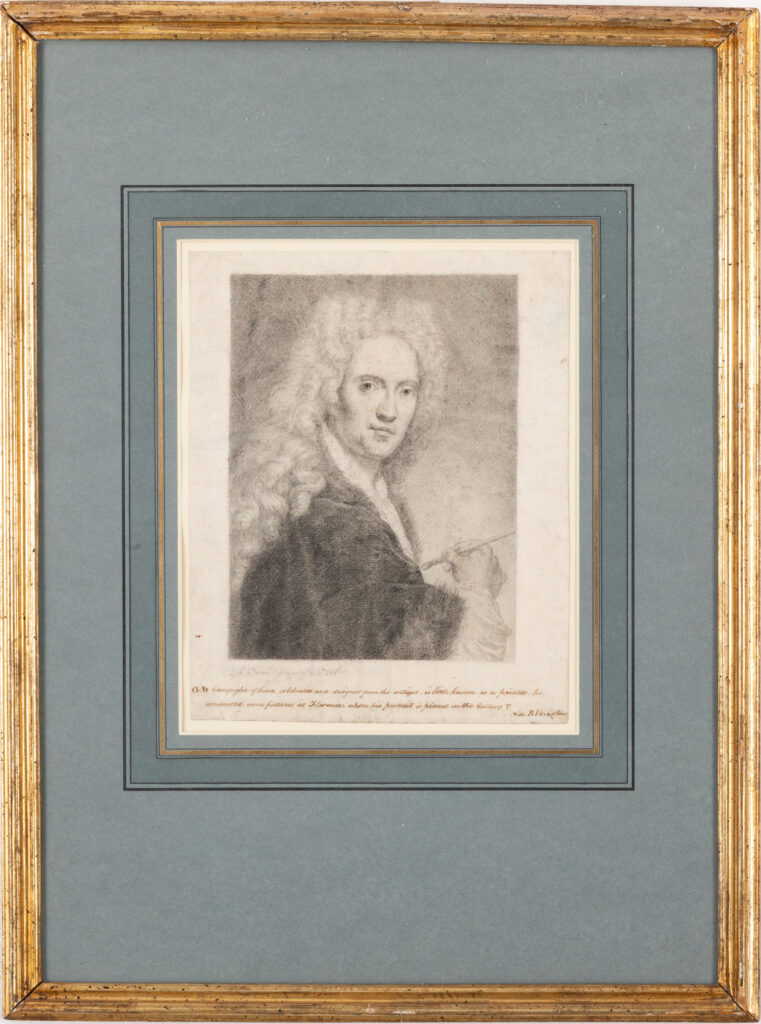