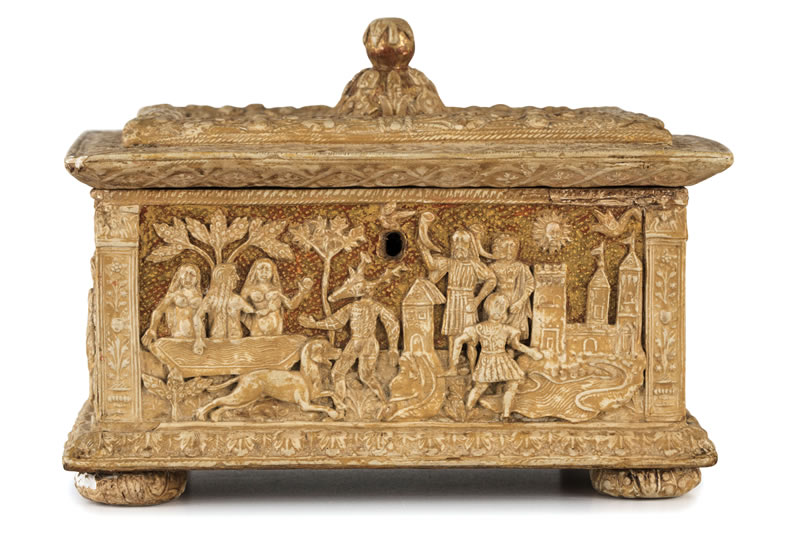 Eclecticism and imagination are the essential elements of a collection of furniture, sculptures and art objects: the curiosity of the connoisseur as well as that of the enthusiast lights up in front of the variety of eras, styles and functions that every single object cherishes. History is presented in all its laborious creativity. It tells about an aristocratic client, a bourgeois desire, a label that must be respected with a precious gift, or more simply, the free unfolding of a creative flair manifests itself in all its originality, between idea and creation.
The catalogue is thus a good chance to get to know and to own beauty, preciously made and functional at the same time. A joy for the eyes and for the spirit, after Italo Calvino’s words: “A collection stems from the need to transform the choices of one’s existence into a series of objects rescued from oblivion”
The auction of 13 and 14 November includes two such objects. A Tuscan board with hard stones, around 1820, richly decorated with floral, naturalistic motifs and fantasy figures. A wooden and pad coffer made in Ferrara at the beginning of the Sixteenth century, attributed to the “Bottega dei temi morali e amorosi”, stained on the four sides and depicting the episode of Diana and Actaeon from Ovid’s Metamorphosis.