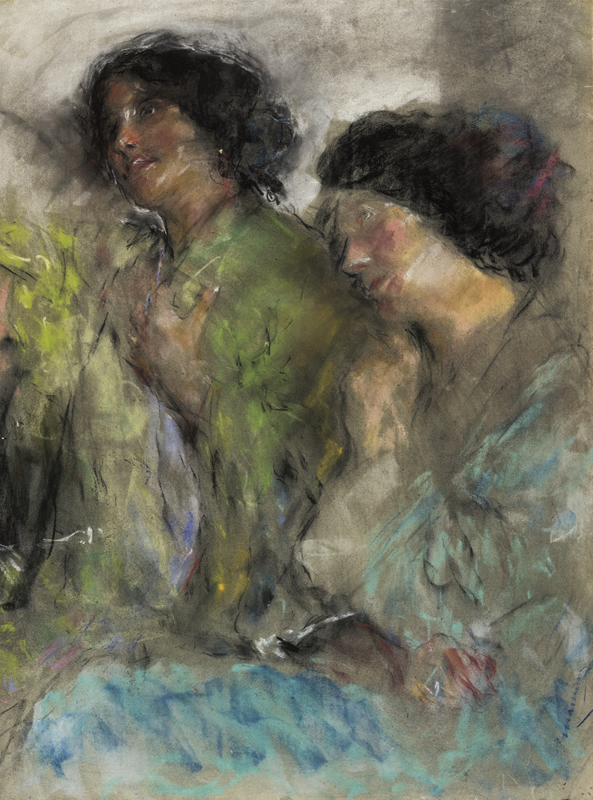 In Italian painting, in the second half of the Nineteenth Century, Antonio Mancini stands out as a striking exception. His ability to be free from any chains that would tie him to forms of affinity, to go beyond any realism (or the taste of the Macchiaioli and the painting of “history”) projects itself – brilliantly intuitive – towards modernity, a modernity suggested to him by a whole host of subjects and the poverty of his youth spent in Naples in the alley ways of San Gregorio Armeno. Mancini was a pupil of Domenico Morelli with his friend Vicenzo Gemito and his painting style was all very soon influenced by the powerful luminism of Neapolitan and Dutch painting of the Seventeenth Century as well as the sumptuous compositional and chromatic monumentality of Édouard Manet. Mancini was a much-loved artist during his own lifetime and in Venice was greatly admired by John Singer Sargent and by the American collector, Isabella Steward Gardner, both witnesses and protagonists of a sort of Belle Epoque in which the aristocracy and the bourgeoisie combined social position with the utmost attention to the arts. Two paintings by Mancini will go under the hammer on November 29th in the forthcoming auction at Wannenes – two pastels from 1927, a Group of Young Women and A Girl with a Fan, in which with just a few strokes Mancini set off the hidden emotions of young women who yearned to love. 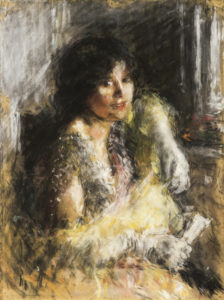