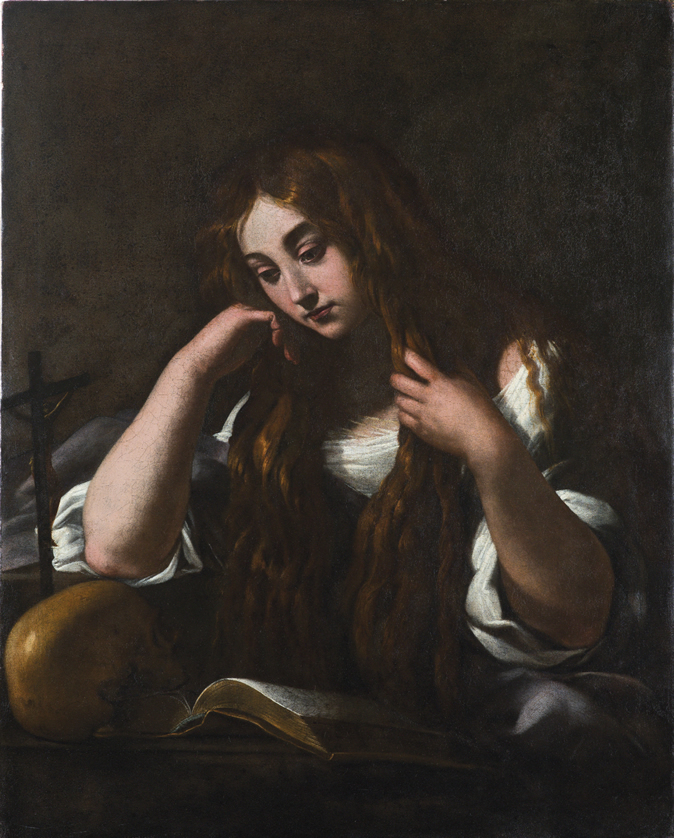 The lesson learnt from Caravaggio in all its overwhelming evocative strength stems from the very idea that light, colour and form are instruments to be used to understand and “sense” the nature of things. All that is holy acquires a whole new dimension in terms of sheer sentiment, a new dimension in which Mankind – a central and absolute figure in the quest of the artist – is governed by divine light.
Caravaggio’s stay in Naples in the first few years of the Seventeenth Century was of fundamental importance in that the artist embarked upon a rewriting of the visual language that would focus his attention towards the reality surrounding him rather than to the almost Dionysian exuberance of the classical painting tradition.
This new approach is reflected in three hitherto unknown works by three different artists which will be presented in the next auction of Old Masters on November 29th. The paintings are dated to a period from 1615 to 1750 and are certainly emblematic works in that they bear witness to a continuity in the artist’s quest for reality throughout years during which the social, economic and cultural climates were changing.
In the Penitent Magdalene by Giovanni Baglione, datable to the end of the 1620’s, Caravaggio’s legacy was translated into an accentuation of the Pietà that may be seen in the painter’s able play of shadow on the face, on the skull and on the open book. The compositional framework, like the painting’s chromatic register, is reduced to the absolute minimum since the painter strove to make the representation of a mystic sentiment to appear as “natural” as possible. In the realistic exuberance of the Still Life with Fish and Seafood by Giuseppe Recco, datable to the end of the 1650’s, we may, on the other hand, catch a glimpse of a metaphor for the transitory nature of life, of fleeting emotions and of beauty (itself as immortal as it is fleeting).
In the Two Young Lovers (or Allegory to Love) by Giuseppe Bonito (a work so close in manner to that of Gaspare Traversi as to hypothesise an attribution), a painting datable to the years 1740-1750, we glimpse, finally, a sort of Romanticism ante-litteram, which, by overtaking social conventions, exalts a more frank and warranted passion: one of the most important banners of the Enlightenment.