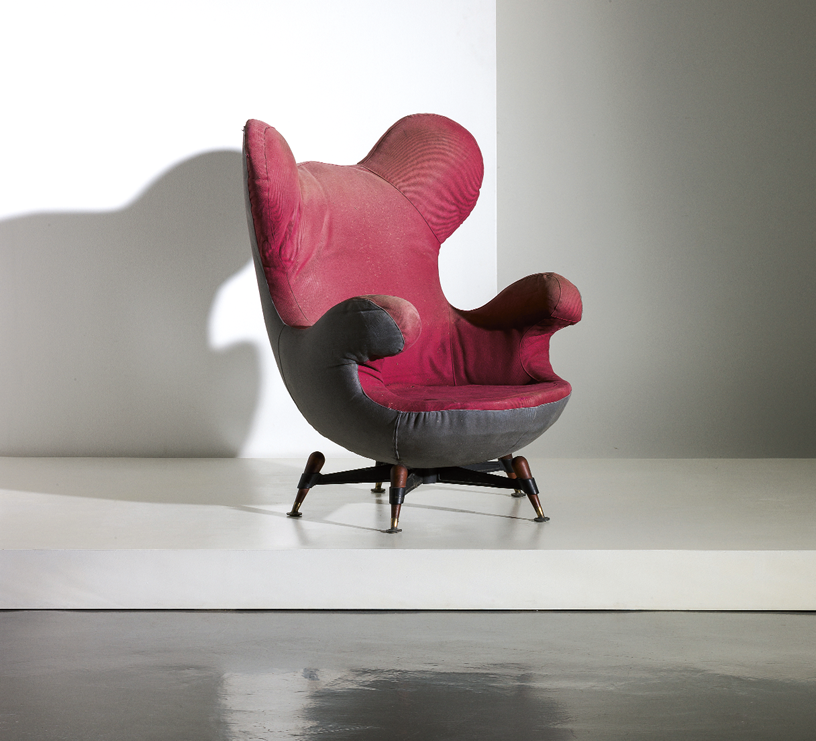 The Kosmo armchair by Rito Valla from 1959 was perhaps the finest piece by the company IPE (an acronym for IMBOTTITURE PRODOTTI ESPANSI) in Zola Predosa, a few kilometres outside of Bologna, founded in the same year by the brothers Pompeo and Vittorio Cavalli. The strongpoint of their immediate success in both the Italian and international markets was their reliance on polyurethane, a chemical material that was highly innovative for those years since it was soft and tough and, until that particular time, utilized solely for the padding and stuffing of the car seats of Lancia motor cars. IPE was one of the very first companies to follow the example of Lancia and it revolutionised the traditional construction methods of seats, sofas and beds (as well, obviously, as car seats) that had been using the more traditional system of springs, horsehair, feather down and other materials. The first new products, the Kosmo and Mercury armchairs, were exhibited, highly successfully, at the first edition of Milan’s International Furniture Fair in 1961. In the upcoming Design auction, on December 14th and 15th, a red and grey Kosmo armchair will be going under the hammer. The chair bears clear witness to the innovative and visionary design of Rito Valla, with its enveloping and soft forms and high and jutting sides, so similar to Mickey Mouse.