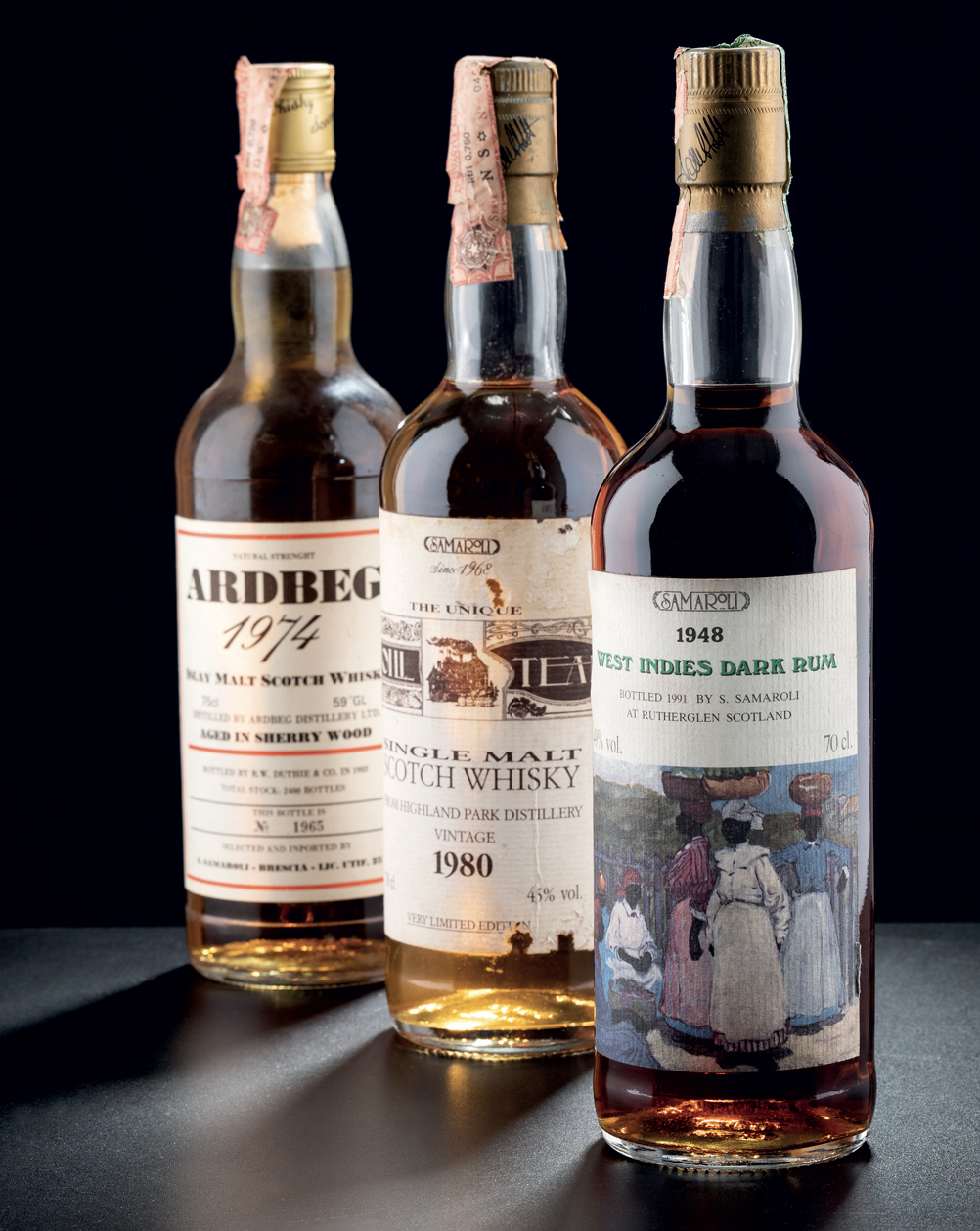 Italians have always been xenophile, always in search of beauty, good food and good drinking. It is no coincidence that whisky in Italy has always been considered something more than a simple drink to sip at the end of a meal. The culture of the Bel Paese, and the desire to appreciate high quality products, has led Italians to become increasingly fond of spirits. The variety of whisky is a real attraction for the collector and the Italians were the first to be struck by this passion: a sort of carousel of colours, a kaleidoscope of emotions aroused by the history of hundreds of distilleries, labels, blends, finishes and bottles of different ages. In addition to these, there are also bottlings for anniversaries, commemorations, decanters, ceramic jugs, not to mention the boxes made of different wood, metal and leather, right up to the personal bottlings dedicated to the great collectors who have dedicated a lifetime to the pursuit of excellence. But the most interesting aspect of whisky is the limited quantities that are produced and their gradations. Sometimes certain distilleries produce such a small number of bottles, linked to specific grades, that they can be likened to the ‘unique piece’. The international market for whisky, which emerged in the late 19th century in the wake of the industrial revolution and the phylloxera that destroyed more than half of Europe’s vineyards, was mainly driven by blends. There were very few distilleries that put their name on bottles. In fact, alongside them there were the famous “merchants” who really moved the ranks of the market and who allowed various distilleries to survive to this day. One of the greatest contributions when it comes to Scotch whisky comes from our independent bottlers, selectors and importers. We are talking about Silvano Samaroli, Rino Mainardi’s Sestante, acquired and relaunched by Massimo Righi under the name of Silver Seal, and High Spirits, also known as Ferdinando “Nani” Fiore’s Intertrade. Wilson&Morgan – which, despite its British name, conceals the Italian origins of the Rossi family from Treviso, Hidden Spirits, a young brand founded by Andrea Ferrari, and finally Moon Import, a historic Genoese brand founded in 1980 by Pepi Mongiardino, which deals with the selection of malts and the creation of unforgettable labels. Importers such as Giovinetti of Bologna, Filippi Fausto and Bonfanti also gave a big boost. We can say that Italians have always been saints, poets, navigators….and collectors…of Whisky.