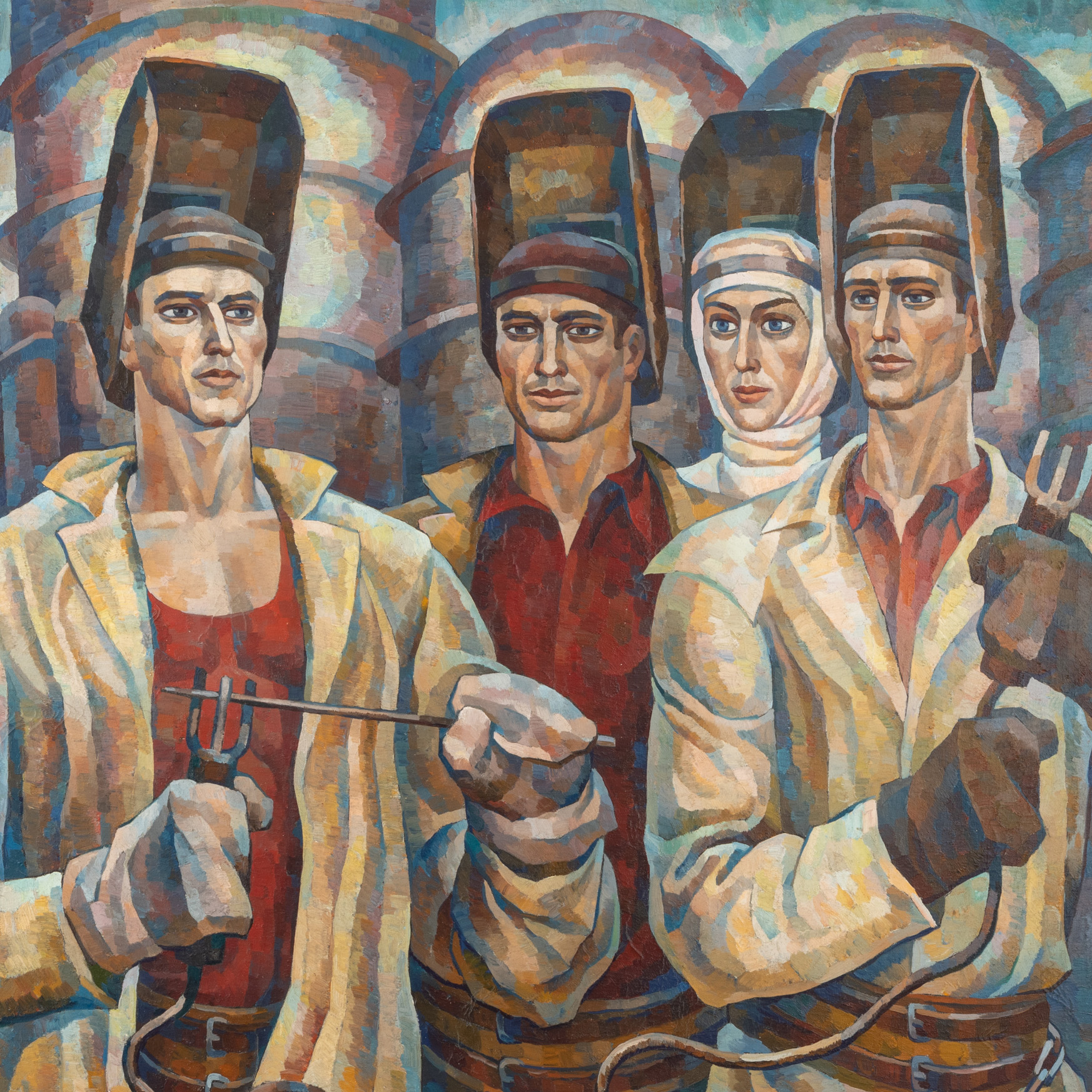 The main function of socialist realism, which emerged in the Soviet Union in the mid-1930s, was to bring artistic expression closer to the culture of the proletarian classes and celebrate communist progress.

It was Maksim Gorkij who first formulated this at the Congress of Soviet Writers and Artists in Moscow in 1934, declaring that the work of art should have a realist form and socialist content, following Marxist-Leninist doctrine.

The programme of this movement took elements of 19th century realism and combined them with academic experiments and the thinking of numerous Soviet publicists and aesthetes.

The aim was first and foremost to combat any form of individualism: the individual was never to be exalted to the detriment of the masses; the presence of enemies of socialism succumbing in the face of events was also to be evident. The artistic tools used to communicate the social-realist message had to be easy for the masses to interpret, which is why in the 1930s the use of avant-garde forms (abstractionism, futurism, symbolism) was gradually discouraged in favour of simpler solutions that became a kind of canon in both film, literature, and the figurative arts.

The landscape and still life are uplifting themes that reinforce the values of belonging and patriotism that are typically Soviet, such as the 1955 Shevchenko Avenue in Kiev by Sergiy Fedorovich Shishko (lot 155, estimate Euro 1,200 – 1. 500 euros), a delicate Vase with Lilac Flowers painted in 1962 by Joseph Josephovich Bokshay (lot 179, estimate 2,000 – 3,000 euros), and the blinding light of Summer by Victor Ivanovich Zaretsky (lot 98, estimate 2,000 – 3,000 euros).

Intimate and reflective is, finally, Woman in a Bathing Suit by Danil Ivanovich