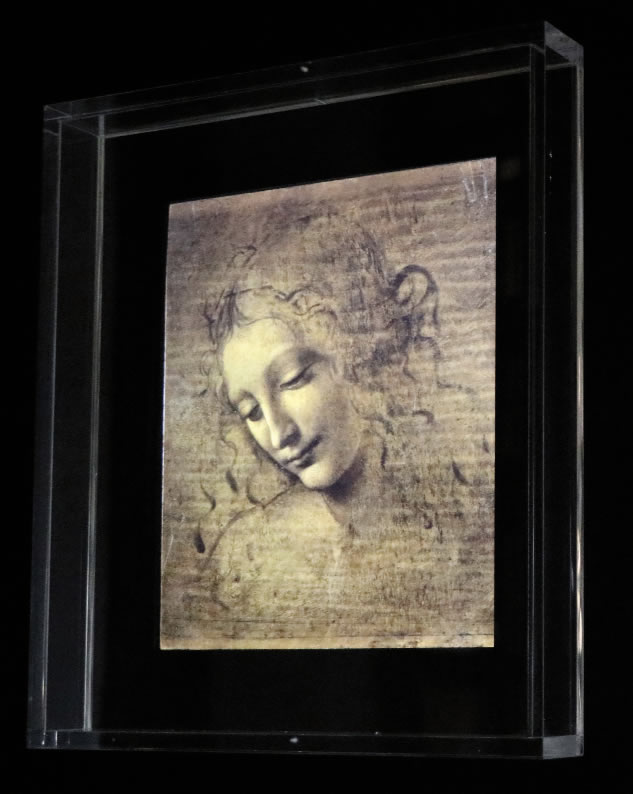 “We are dematerialising our world. The houses of the future will not have walls but digital screens”. This sounds like a harmful provocation. Yet, it could be true. Meanwhile, the artificial intelligence that acts through computers and apps is entering the world of art by force.

The revolution of the 21st century has left behind the cuts, the protrusions and the overturned toilets that have been the subject of debate for the last hundred years, and today focuses on digital art.
“The problem is that artists are not yet able to use it well, says Franco Losi. Losi is a computer scientist with thirty years of experience in the field of new technologies. With his Italian-Danish partner John Blem, an electronic engineer who sold Milestone, an IP video management software company for surveillance purposes, to Canon Inc., they founded Save The Artistic Heritage, a non-profit association for the promotion and enhancement of the Italian historical and artistic heritage in combination with new digital technologies. In essence, through their company Cinello, named after Losi’s father who was a painter, they are able to create digital multiples of works of art, DAW® (Digital Art Work), produced in limited series, authenticated, numbered, certified and protected by a patented digital encryption system.

This is not a fake or even an image projection: each painting is a work with a certificate of authenticity issued directly by the museum that owns the original.

In case of sale of the painting or digital drawing, the entity will receive 50% of the profit. Just to have an idea, the average price of a digital painting is around 200 thousand euros. “The price is agreed with the museum owner of the work that we replicate and the production costs are not high. The profit, on the other hand, is.

For the 500th anniversary of Leonardo Da Vinci’s death, Save the Artistic Heritage organised an exhibition in Jeddah, Saudi Arabia, with 15 digital multiples of paintings and drawings by the Tuscan genius, complete with frame. The aim is to sell. The attractive markets are those that identify art as a status symbol: “Middle East, China and Russia are very interested in the product”, the expert concludes. The Hermitage in St. Petersburg was available to reproduce his paintings.

Meanwhile, in the year of Leonardo, the Louvre celebrates the genius of Vinci with an iconic exhibition full of loans. Whether it is right or not, some masterpieces come from Italy. And thanks to Cinello’s technology, instead of a photo of the “Scapigliata” at the Pilotta Museum in Parma and the “Ritratto di musico” at the Pinacoteca Ambrosiana in Milan, two digital paintings are hung, identical in all respects, even in their proportions, to the originals.

The technological contamination in the field of artists begins with the Blockchain, a digital system that records sales of works of art and stores data on an online platform. The tracked origin of the work will help to protect the buyer from possible forgeries.

Digital has established itself overwhelmingly and has tickled the desire of speculators who are no longer content to bet on old glories of the twentieth century waiting for revaluation. Last March in New York, the painting “Portrait of Edmund Bellamy” made by the artificial intelligence led by the collective Obvious, formed by three French students, literally took off from an estimate of ten thousand to 432 thousand dollars. The result confirmed the philosophy of the group which declared “We at Obvious want to explore, use and share the different ways in which digital intelligence can catalyse our natural creativity through algorithms “.
A provocation that surpasses even the effects of the painting by the British graffiti artist Banksy that crumbled in the hand of the collector who had just won it over the phone at an auction. Yet, digital, the certified cryptoart, represents the future. The reproductive capacity of the virtual world has even replaced fakes, transforming what appear to be mere copies into expensive unique works certified by the museums that hold the originals. Have we already landed in the future?