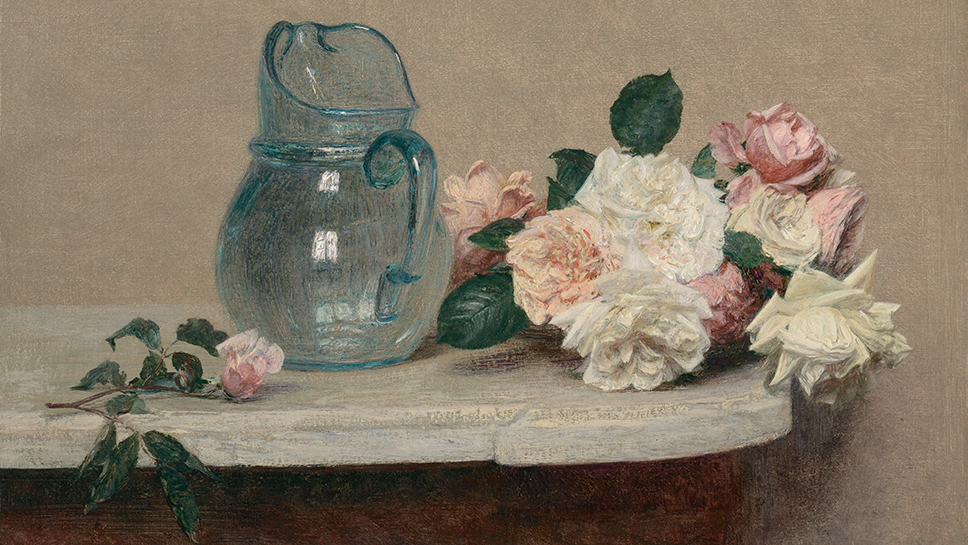 Fantin-Latour. À fleur de peau”. This is the first retrospective that Paris has dedicated to Henri Fantin-Latour (Grenoble 1836 – Buré 1904) since the exhibition at the Grand Palais thirty-four years ago that was the beginning of studies on and around this highly exquisite artist. The exhibition, open until the 12th February 2017 at the Musée du Luxembourg, curated by Laure Dalon (the curator of the Réunion des Musées Nationaux – Grand Palais), Xavier Rey, curator of the Musée d’Orsay and Guy Tosatto, Director of the Musée de Grenoble, is showing over 120 works, the most emblematic of the artist’s career including paintings, lithographs and drawings. The exhibition is laid out in chronological order and in four large sections, starting off from the artist’s works from his early life where more familiar figures were the protagonists of his works – like his sisters and friends as well as his selfportraits from the years 1850 to 1860 and his still lifes in which he was already demonstrating his extraordinary sensitivity in terms of material and colour. In the decade from the second half of the 1860’s to the first half of the 1870’s, Fantin-Latour became more conscious of himself as an artist and turned his art into a manifesto of modern times along with Delacroix and Manet. Between 1873 and 1890, Fantin-Latour was at the height of his own technical ability: his flowers, like those of Baudelaire, are the very peak of a sensuality that is both subdued as well as all-enveloping. His highly composed and intimate portraits are the actual image of a spiritual “conversation” between the artist and the subject depicted. “Je me fais plasir”: with these prophetic words written to his friend Edwards in 1869, Fantin-Latour opened up to works of the imagination that were destined to occupy an increasingly more significant part of his artistic production. After putting to one side his earlier artistic strengths, he was more and more enthused by music and mythological subjects throughout his later years and he was able to interpret this particular artistic evolution by means of a very delicate and chaste feminine eroticism.