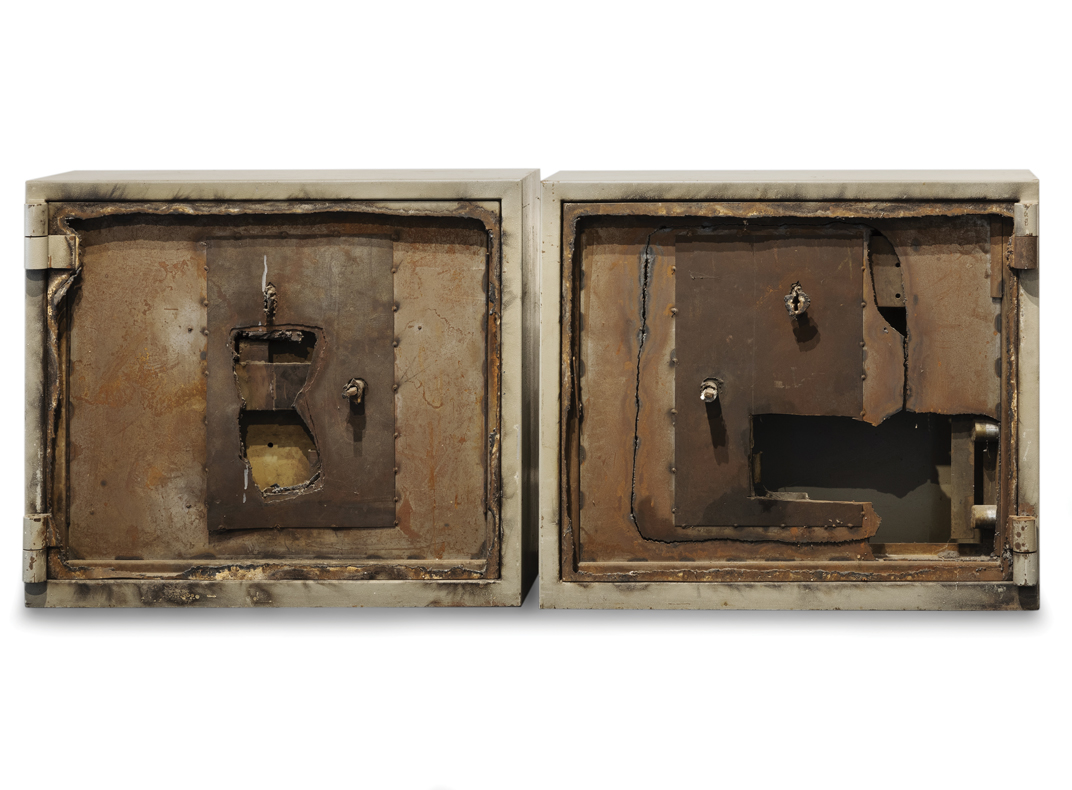 In Giorgio de Chirico’s metaphysical Piazza d’Italia, the classical age and the Renaissance coexist, the unconscious and vertigo before the mystery of things. There is a limit of perception where the real is confused with the verisimilar, and the oneiric dimension makes the cognition of time and space slip infinitely, governed only by the fragile memory of a dream. Massimo Campigli looked with extreme interest at the dechirichaean metaphysics of the Twenties (in 1929 in Paris with the Pictor Optimus, together with Severini and other artists he formed the “Italian des Paris” group). After a Futurist debut and an attraction towards Purism, to the poetic world of Fernad Léger and to Picasso’s ‘Italian’ neoclassicism, a visit to Villa Giulia in Rome and the interest in ancient art, particularly Etruscan art, was fundamental and would profoundly mark the course of his artistic career. His figures are timeless simulacra within a space dominated by luminously balanced colours. Maurizio Cattelan’s desecrating irony focuses on the indirect communication of the work of art, which becomes a witness to a message that is both obvious and hidden at the same time. Two safes, which have been broken into, express the brutal violation of other people’s property. The title, which refers to the economic content in millions, explains the fraudulent reasons for the gesture that led to that action, as if to say “The end justifies the means”.