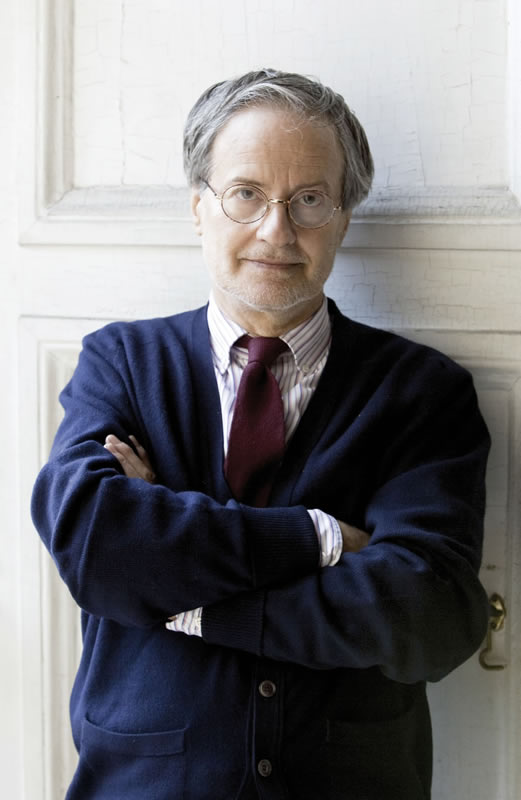 GIULIO PAOLINI. A journey made of words

Art is a breath-taking emotion. Can we experience it only virtually?
During the months of our solitary confinement, we all experienced a lack of contact. You could visit Art Basel in Hong Kong thanks to the online platforms and participate in vernissages by entering “virtual rooms” created as we couldn’t leave our homes. Instagram live videos have become the new channels of communication. Yet, all it took was some letters exchanged with the artist Giulio Paolini on the occasion of the death of the critic Germano Celant, on April 29th, to return to the real world.Paolini is one of the most celebrated living Italian artists. He is also considered a poverista because he has been linked to Celant since the first exhibition on Arte Povera in Genoa at the Galleria La Bertesca in 1967 – “he held me as it were at my baptism” he recalls. In September, for his 80th birthday, he will be celebrated with a solo show at the Castello di Rivoli “for which I have long been preparing new (and last?) works”.
The relationship between Celant and Paolini lasted until the end. Besides art and friendship, there were few points in common though: age, both born in 1940 and the city of origin, Genoa. For the rest, everyone had his own life, as Paolini reminds us: “Our friendship does not include particular experiences of life, but rather common professional backgrounds. I like to remember, of all people, my first exhibition in New York, that he curated at the Sonnabend Gallery, in 1972, and in Milan the big solo show at the Prada Foundation, in 2003”. During the day, Celant thought about the art that would become Povera – Poor- with him, but in the evening he would end up playing bowls behind the port. The definition Arte Povera turned into a cage for both. “Arte povera is such a broad expression that it means nothing,” said the art historian.

What was Paolini like when he was young? That’s how he describes himself: “Handsome, they say, but still “chained” to the role of an artist devoted to the evolution of his own research, in the ever-changing panorama of the language of art. I appeared very rigorous, certainly convinced of the necessity of my path”. Very different from Celant, who always wore a black leather jacket and long white hair, a recognisable figure in the lagoon. At the Fondazione Prada again last year in Venice, Celant curated the most important retrospective of Jannis Kounellis, another poverista who has remained so over time.
Paolini seems allergic to labels but does not deny the origins: “My work is associated with the “season” of Arte Povera, even if my belonging to that current has never been completely full and shared. I mean that my work has always shown a different, so-called “conceptual” inclination: not so much oriented towards the taste of materials, but rather faithful to the roots of art history. There comes a moment when a trend, a movement has to find a definition but every label after a while wears out, fades and what remains, when it remains, should be tasted and consumed in small doses. As a poverista, however, it wasn’t long before I considered myself “enriched”: certainly not for the favours of the market, but rather for my particular tendency to look at and identify with the values of art and its history, of its own “perennity”“.

Paolini’s work has dematerialised work after work, sublimating itself in the celebration of the theatrical sets, a passion that he has carried out together with the research on the use of the word. “It is precisely the theatre, as an enveloping, total dimension, my place of choice for its unparalleled evocative potential. If I could reinvent a future, not as short as the one that awaits me, I think I would like to hide behind the scenes and enjoy the show. Declare without too much delay. “Words are important,” said lapidary Nanni Moretti, and Paolini celebrated them to the point of writing poems as he reveals in this private correspondence: “I fully share this sentence and appreciate Nanni Moretti very much. From time to time, and almost secretly, I happen to formulate “writings in verse” (I don’t dare to call them poems) that I don’t hide the fact that one day I wish to collect in a sort of anthology, as a lateral, but not secondary echo of my artistic activity”. The first work arrives in his twenties, with a line and a compass, at 27 he changed style. What happened?
“If in the early sixties, starting from Disegno geometrico – Geometric drawing – my attention was focused on the visible surface of the painting, with Giovane che guarda Lorenzo Lotto (1967) – Young man looking at Lorenzo Lotto – is entirely focused on the viewer. The idea of the painting is therefore not the image that shows us, but the very fact that we are there to observe it. Through the use of the photographic medium, I go even further into what was my vocation, more than as an author or painter, as a waiting spectator. With photography, in Giovane che guarda Lorenzo Lotto and in other paintings that follow, I change my identity: from a spectator disguised as a painter I find myself an author disguised as a spectator”.

The journey with Paolini is over, words were enough to bring us together.