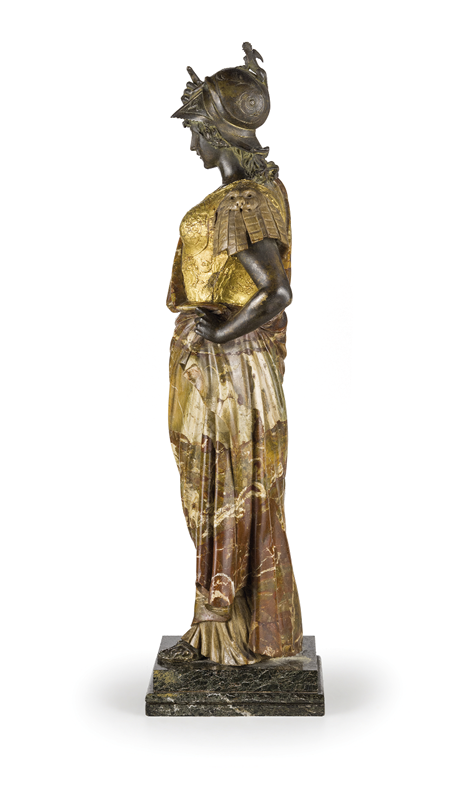 The Department of Furniture, Sculpture and Objets d’Art enjoyed highly successful sales results for the first semester of 2017. The results in the semester reached a total of 1,788,542 euro with a percentage of lots sold of 65.7% and lots sold in terms of value of 157.5%. These results have placed the Department in second place in terms of turnover at Wannenes, after Old Masters, and have confirmed the leading role of the Department on the Italian market. As individual results were concerned, the results were particularly interesting: an unknown, beautiful figure in gold, silver and marble featuring Minerva, made in the 19th century, was sold for 322,400 euro, whilst a white marble twentieth-century fireplace, decorated with allegorical scenes with cherubs and vines was acquired for 80,600 euro. Its pendant, with an allegorical decoration representing War, bore the coat of arms of the House of Savoy and was sold for 55,800 euro. Last of all, a nineteenth-century precious-stone centre-table in gilt bronze was sold for 37,200 euro, whilst a veneered chest of drawers in walnut and walnut root from the 18th century achieved a total of 23,560 euro.