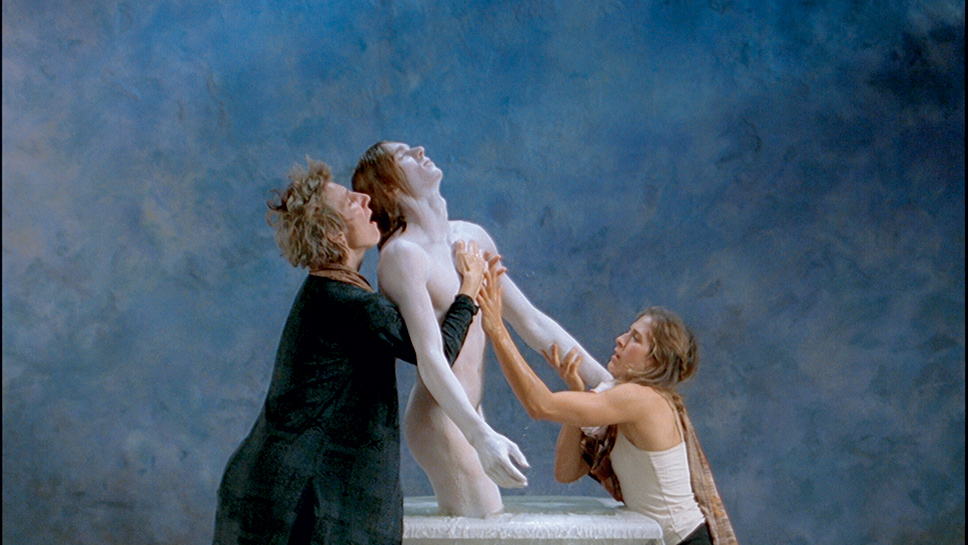 The video image – fragmented, routine, fleeting – is the visual background of our own spirit of modernity. It multiplies our perceptions before manipulating and reproducing them in a sort of sequence that is distended through time and space. This was a process that was dear to Andy Wahrol and Pop Art since it had turned the distended reproducibility of mass consumption totems into instruments of rupture and an idea that art was telling the story of images: “I do not know where the artificial stops and the real commences” is one of his more famous statements since such a declaration apparently formalises the end of the role of the artist as a medium and the establishment of something that witnesses the chance neutrality of daily routine.
For the last four decades, Bill Viola has undertaken a creative path that has been sublimely coherent. He has dwelt upon the image in movement, often in “slow motion”, and has set up a dialogue between the multiple dimensions revolving around visual representation in space. In the exhibition, Bill Viola. Rinascimento elettronico (“Bill Viola. Electronic Renaissance”) open until July 23rd 2017 at Palazzo Strozzi in Florence – curated by the Director, Arturo Galansino, and by Kira Perov, the executive Director of the Bill Viola Studio – the artist’s work is shown against the backdrop of Florentine art of the Fifteenth century since it is this period of art that is deemed to be the measure of representation for human life and society. There are twenty-six works that follow all the creative phases of Viola’s oeuvre, from the less well-known works of the 1970’s to the most recent pieces. The exhibition follows the extraordinary degree of technical development that has taken him from archaeological monitors to plasma screens: a fruitful and still highly central dialogue between his artistic research and the works, the themes, the artists and the places in and around his beloved Florence.