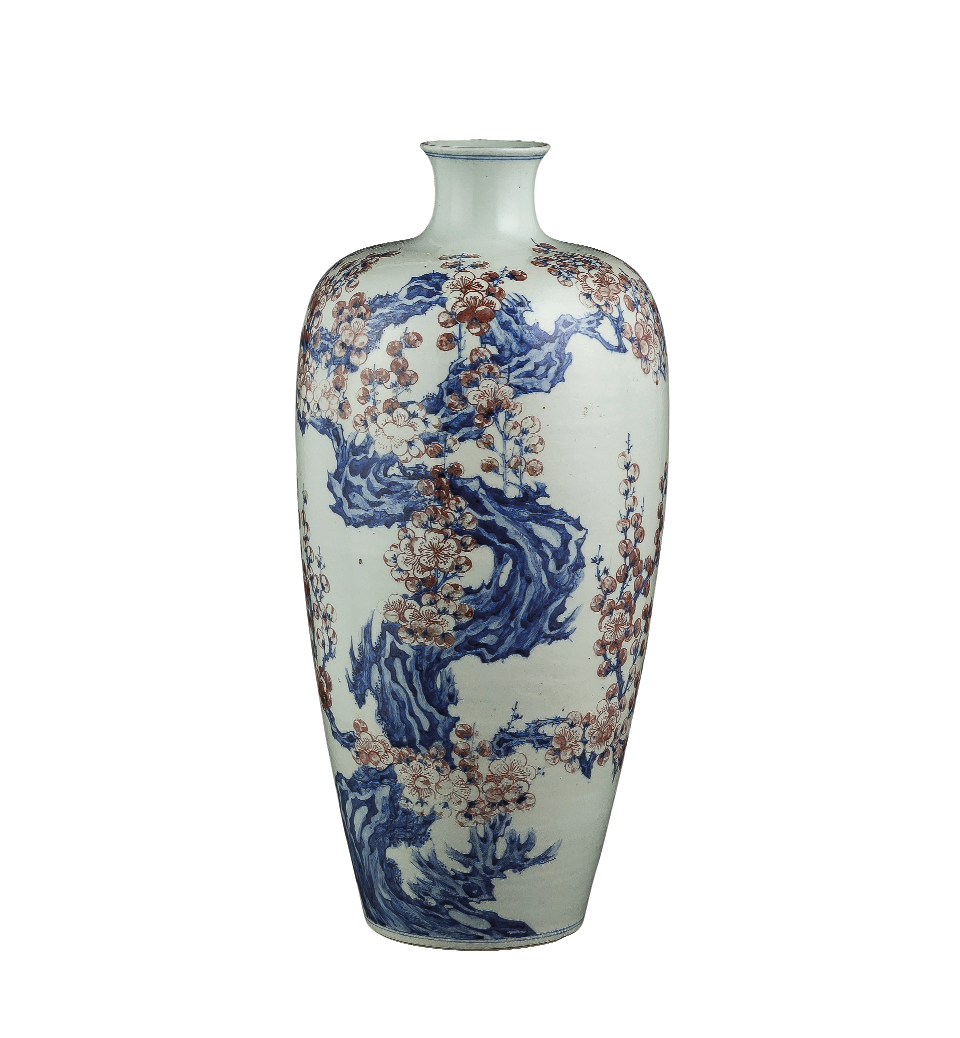 In the first semester of 2017, with the June 14th auction, the Department of Asian Art reached a total of lots sold of 607,650 euro, with a percentage of 48.8% of lots sold and 93% of lots sold in terms of value.
Among the most interesting results was the 161,200 euro hammer price from the auction room for an elegant Meiping vase in porcelain with copper red and blue enamel from the Qing Dynasty, Yongzheng Period (1732-1735). A delicately carved jade sceptre in a pale celadon blue, dated to the Qing Dynasty, Qianlong Period (1736-1795), was sold for 74,400 euro, whilst a highly refined pair of porcelain “Doucai” plates from the Qing Dynasty, marked, Qianlong Period (1736-1795), reached a hammer price of 62,000 euro. Lastly, a large and rare figure in stone of the Indian Ganesh from the Fifth century was sold for 34,720 euro, and a Tibetan thangka bardo mandala, from the Seventeenth century, was sold for 33,540 euro.