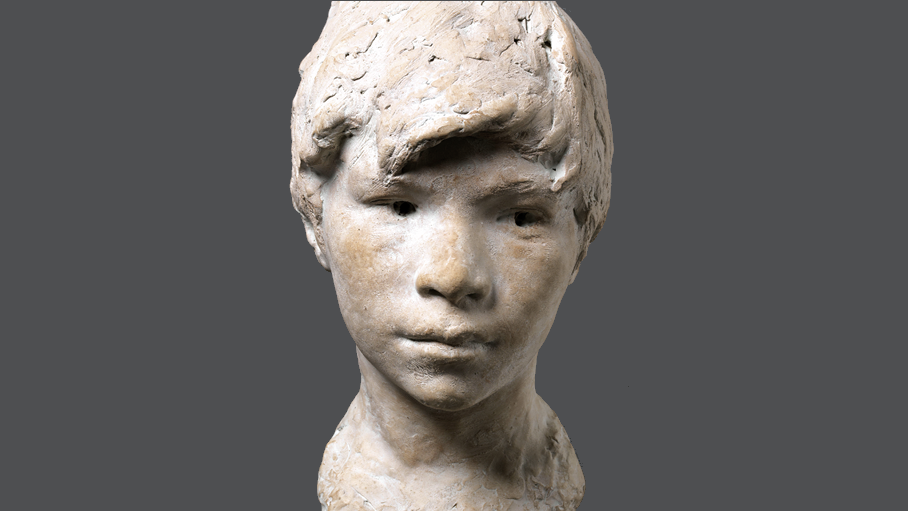 Vincenzo Gemito’s realism (1852-1929) is passionate and overwhelming. It rests on the skin as a continuous flow of emotions that become matter. Besides the academic style, he introduces a naturalness inherited from his life, which began at the margins and continued with the lively determination to grasp the lives of the last, the poetic heritage to shape the forms of everyday life. His life began on the steps of an orphanage in Naples, and continued like a feuilleton, with sudden ascents and descents of his human and artistic life dramatically marked by madness. He thus became first one of the greatest sculptors of his time, celebrated in his hometown and later in the rest of Italy and Europe. Then, he became a picturesque sculptor doomed to be forgotten by the history of art. In the lively Paris of 1877, he made a sensation at the Salon with his Neapolitan fisherman. Rodin and Degas admired the animality and sneer of the crouching boy, an ugliness that becomes truer than truth itself and opens up new plastic and expressive perspectives to 19th century sculpture. For the first time in France, in collaboration with the Museum of Capodimonte in Naples, the Petit Palais in Paris celebrates his art. Until January 26, 2020, one hundred and twenty works including sculptures and drawings will be displayed to show the sensual power of an artist so ahead of his time and still contemporary.