The multi-faceted nature of Massimo d’Azeglio

‘I used to paint from life on canvases of sufficient size, trying to finish the study on the spot, without adding a random brushstroke… What guided me was the feeling of nature; I never thought about the effect directly’: with these words the artist liked to define his approach to art.

Massimo Taparelli D’Azeglio (Turin 1798 – 1866) was a multifaceted artist, who loved art in all its forms and was able to express himself impeccably through both painting and writing, which earned him an independent place in the history of that period. In painting, he remained divided between the neoclassical and historical genres, but essentially liked to call himself a ‘verist’.

Painter, writer, politician, d’Azeglio epitomises the figure of the modern artist, versatile and cosmopolitan in his frequentations, while remaining strongly attached to a deep sense of patriotism.

In the web-only auction of Old Masters and 19th century Paintings (20 January – 1 February 2023), an evocative River Landscape with Hunters (lot 149, estimate €1,000 – €1,500) will be exhibited. The elements that animate the setting, the clear sky veiled by fast white clouds, the lush green woodland that acts as a frame are certainly the work of a great landscape painter such as d’Azeglio was. The soft and delicate chromatic register is played on the infinite modulations of greens and browns, cohesive to make nature the absolute protagonist.

In order to study nature from life as a painter, d’Azeglio lived a great deal in the Castelli and the Roman countryside, in search of landscape and costume, making his palette classically airy but veined with a romantic realism, which places his work as a transitional moment between the vedutisti of the 18th century and the Impressionists and Macchiaioli of the second half of the 19th century. 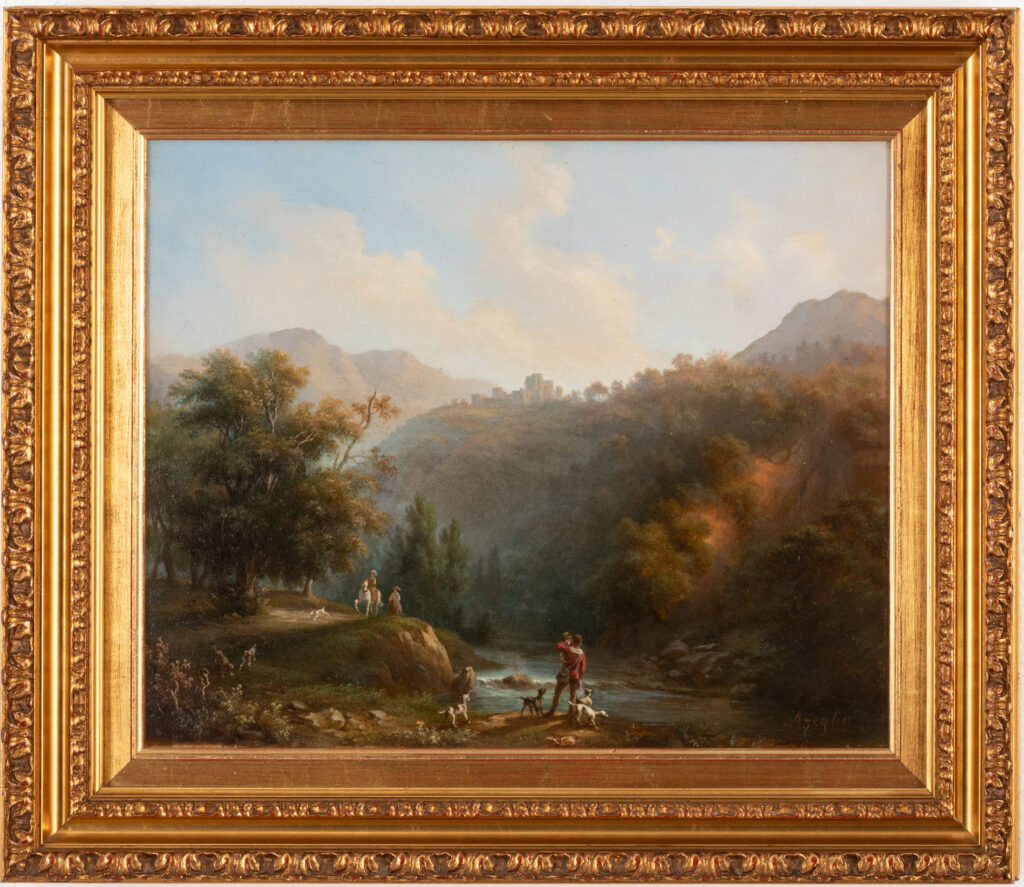