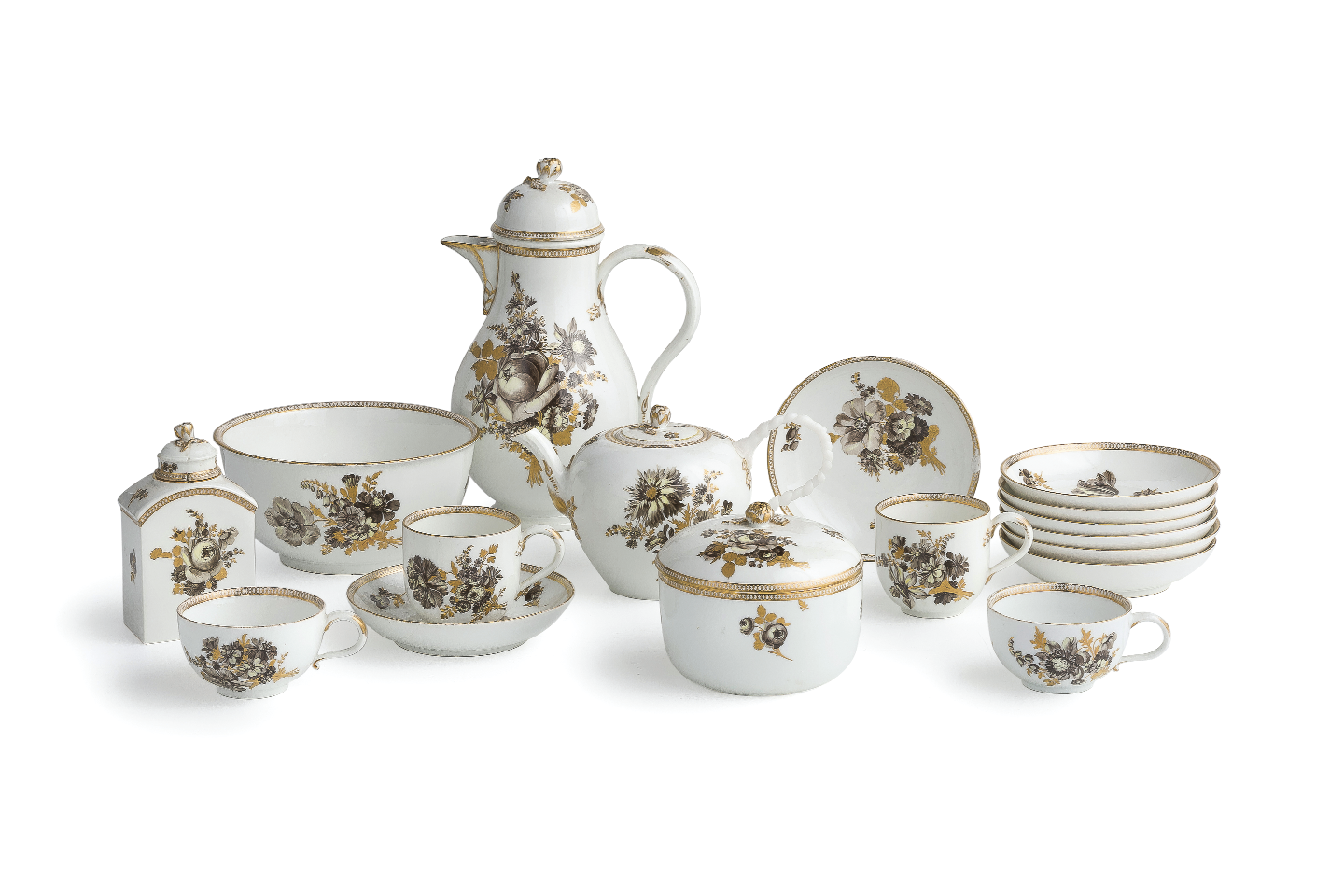 The delicate forms of dreams

The sale of maiolica and porcelain which is being held at Wannenes in Genoa on November 13th will include a vast selection of pieces from a whole host of locations in Italy and throughout Europe. Among the porcelain pieces being offered, two important lots stand out, a large Doccia table service with a tulip decoration – dated to the last few years of the Eighteenth century – and an elegant tea and coffee service produced by Meissen from 1763 to 1774. The service is finely decorated with bunches of monochrome grey flowers underlined in gold. This particular decorative motif – renowned for the quality of its execution and the elegance of its colours – is known as the Blumen Bukett in Grisaille-Malerei service in the manufactory’s registers. It is an emblematic example of the influence of Sèvres on European ceramics from the Seven Years War (1756-1763) onwards. It is also interesting to note how this influence, also highly evident in many of the service’s features in terms of form, was not able to overpower some of the more formal characteristics of the production of the Saxon manufactory, such as the pear-shaped appearance of the coffee pot and the rounded profile of the tea caddy.
Among the maiolica pieces in the sale there are, as said, pieces from a variety of production centres, dated more or less to the years spanning the Seventeenth, Eighteenth and Nineteenth centuries: Montelupo, Lombardy, as well as Sicily and Naples. Of particular interest is the group of six pieces – with albarelli and orcioli – that are part of the famed Caracciolo-Orsini-Carafa farmacia, made in the Castelli workshop of Gentile from the Seventeenth to the Eighteenth centuries. The service is elegantly decorated with the arms of the three aforementioned families with a vegetable and floral motif. This service has always aroused much interest as may be witnessed by the fact that several pieces are kept in some of the great public, as well as private, collections.