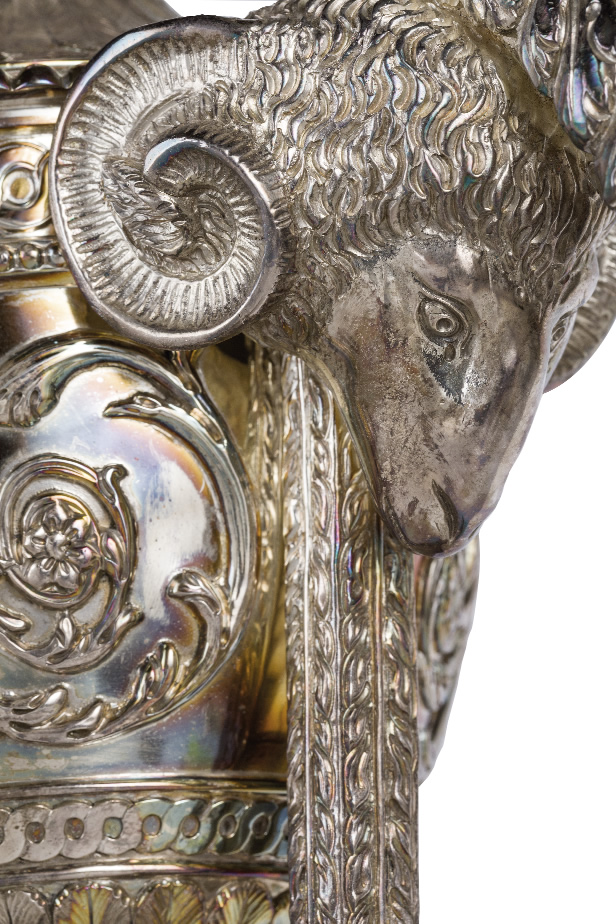 The result obtained by the Department of Silver, Ivory, Icons and Russian Objets d’Art was significant, totalling 1,522,324 euros, with a percentage of sales per lot of 80.9% and in terms of value of 173.6%. Among the most interesting results, both sold at 40,000 euros, a set in gilded and lacquered silver made in Moscow in 1885 by the goldsmith Pavel Ovchinnikov with the imperial insignia composed of a tray and six glasses, and an icon of the Venetian-Cretan school of the seventeenth century by Emmanuel Tzanes depicting The Resurrection of Lazarus. An elegant set of silver candlesticks by Robert Garrand from 1873, inspired by John Carter’s 1773 candlesticks designed by Robert Adam, was sold at 25,000 euros, while an icon from 1896-1908 depicting Sergius of Radonez with a gilded silver frame and enamels was sold at 24,700 euros. A set of twelve silver plates from 1815, made in London by Paul Storr, sold at 20,480 euros, and two icons depicting respectively the Virgin and Child and Christ, by Carl Fabergé, made in St. Petersburg between 1908 and 1917, were sold at 18,750 euros.