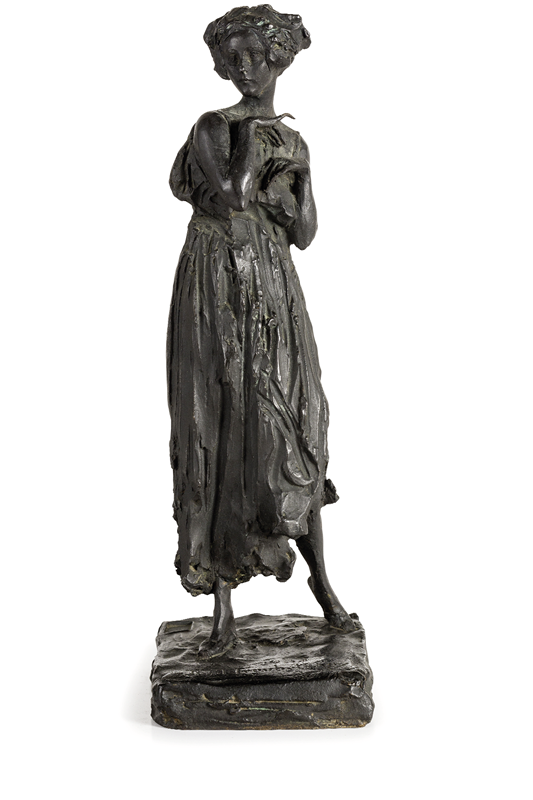 The department of 19th Century Paintings performed very well, with a total of 857,900 euros in 2018, with a percentage of sales per lot of 57% and in terms of value of 165.6%.
The refined classicism of Raffaello Sorbi’s Studio di Fidia – a true archetype of the artist’s skills – was sold at 93,750 euros. The result obtained by a vibrant bronze Ballerina by Paolo Troubetzkoy, sold at 47,500 euros, was also excellent. A panoramic view of Florence in Firenze, veduta di San Miniato by the Dutch Abraham Teerlink was sold at 32,500, while the sensual and dreamy Butterfly by Antonio Mancini reached 27,500 euros. Among the works that appeared in the department’s catalogues in 2018, Ritratto di fanciulla con ghirlanda e collana di corallo by a 19th century painter, sold at 22,500 euros, stood out. La Conchiglia by Alfredo Luxoro was sold at 18,850 euros, and finally, a Paesaggio invernale by Giuseppe Pelizza da Volpedo, an example of his style before the Divisionist phase, reached 17,500 euros.