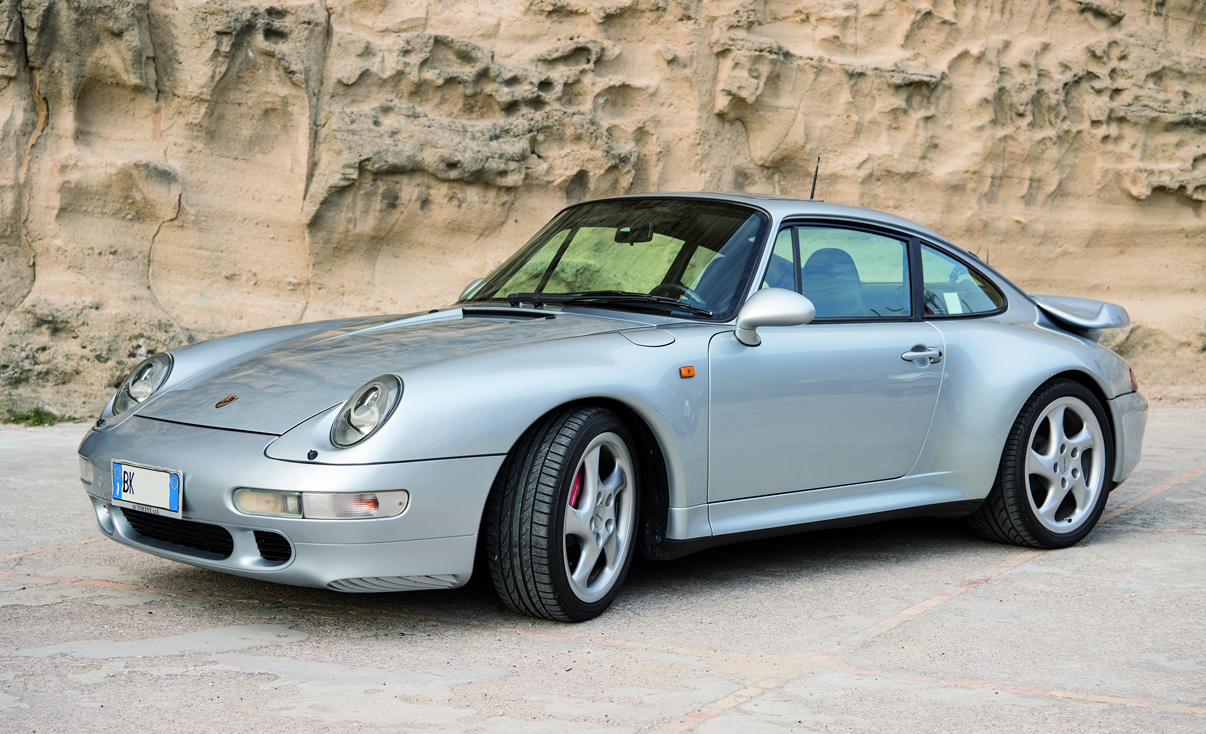 The lovers of the most romantic automotive universally consider the Porsche 993 Turbo as the last real 911 in history! Its sinuous yet generous design has contributed to the myth of the “Porsche Turbo”.Its characteristic rear axle with increased track and majestic rear wing convey its typical form and style, the immortal charm of the Porsche that have contributed to engraving the “Turbo” logo in the history of the Zuffenhausen-based company.

From 1963, when the first version was presented, to 1997, when the last 993s were produced, all the 911s produced by the German plants of the Stuttgart company were united by a golden trait d’union, which allowed Porsche to create a true religion on this engine philosophy, in all its 4-cylinder and 6-cylinder versions. From that wonderful 8th of June 1948 up to those cold autumn days of 1997, the Porsche engine was always air-cooled.

And so here it is, the true masterpiece, the beating heart and cult element of this 911.
Its legendary “Flat Six” cantilevered rear engine, for the first time equipped with a double turbine and the latest in the series with air cooling and capable of releasing as many as 408 hp at 5,750 RPM, and to deliver a monstrous and harmonious torque of 540 NM at 4500 RPM. This marvel of Teutonic engineering was able to push the 1500kg weight of this 911 at the stratospheric speed of over 290 km/h and to accelerate it from 0 to 100 km/h in just 4.3 seconds.

These supersporty performances were well supported by a chassis that was the result of numerous design evolutions by Porsche’s engineers and by avant-garde technological solutions, such as the use of the first permanent all-wheel drive on a Turbo model, which increased the overall weight of the car by about 30 kg, but which allowed to distribute the exuberant power and the enormous torque generated by the Flat Six on both axles.

This solution significantly improved the dynamic characteristics of the vehicle and, even more importantly, definitively cleared the customs of the concept of safety at the wheel of a supersports car.
From an aesthetic point of view, British designer Tony Hatter maintained the basic architecture of the previous 964 and other previous 911 models, while keeping intact the classic style elements of the 911 of recent years. Hatter succeeded in revisiting and increasing the lines and features of this masterpiece of sporty aesthetic exuberance with new bodywork elements.

This incredible mix of history, technology and design has made a car born to excel in a given historical moment a true manifesto of the romantic soul, which goes beyond the elements dictated by the product and the continuous desire to innovate.