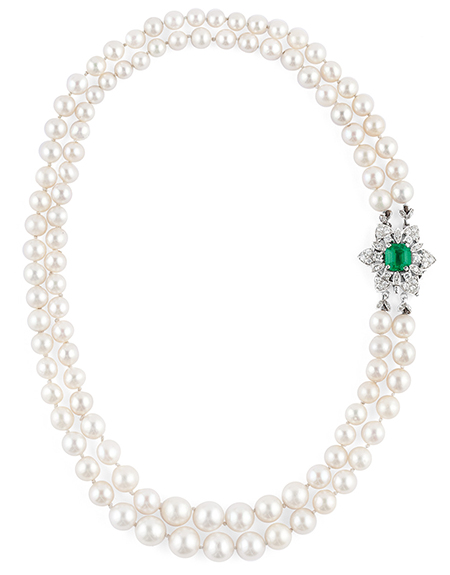 The first semester in 2016 has been the best in the fifteen-year history of the auction house with a total 11,735,402 Euro being made, an increase in turnover of over double compared to the previous year (102.2%), and percentages of lots sold of 68.8% compared to 53% with an increase of 29.8% and lots by value of 149.7% compared to 99.4% with an increase of 50.6%.
The record for the first semester is the double string of natural pearls in white gold, emerald and diamonds with a hammer price of 1,054,000 Euro. This is an absolute record for the auction house and was the first lot to have reached a hammer price of over one million euro. This is added confirmation of the fact that business has increased by 161.6% over the last year and has reached a total of 1,789,444 Euro.
An old European-cut diamond of 8.28 carats was sold for 124,000 Euro, while an elegant Cartier brooch in the shape of a comma, dated to around 1920 in platinum, pearls and diamonds and in its original case, was sold for 68,200 Euro.