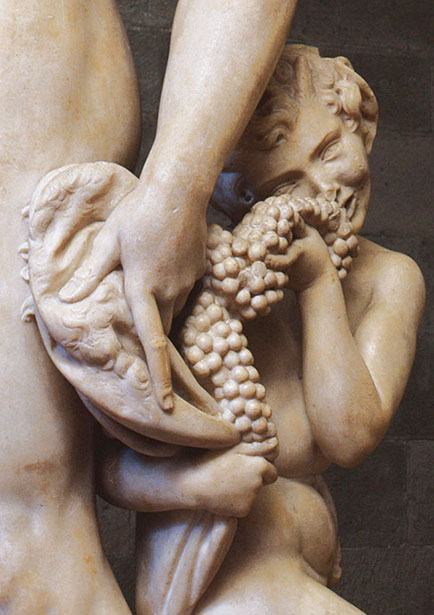 Governing tourism to save the polis

Paraphrasing Danilo Dolci’s words, one could say that the problem is not whether to be in favour or against tourism but rather “where is the money going?” The latest data available on the housing market in the centre of Florence show that almost 90% of the transfers of property lead to the opening of accommodation activities. Every year, thousands of Florentines leave their residences in the historical centre: out of more than ten million tourists who visit the city every year, at least two million sleep in private houses transformed, more or less legally, into hotels.
Maybe we should make up our minds. If we want to continue to live off Florence-location, with the mayor playing a tour guide in a film that rents the city for two euros to use it as a background and the former mayor (and former everything else) dedicating a ‘documentary’ to the city, well, no wonder we’re ending up like this.
However, we may take a different path, which would certainly not mean giving up tourism. We should try to govern it instead. Florence and Italy share the same problem. The whole flow of tourists is concentrated in very few places, which are completely worn out, both from a civil and a material standpoint. Nobody visits Padua or Vicenza while Venice is literally dying because of tourism.
Pompei is also crumbling under the waves of visitors on free Sundays (which have led to the paradox of the limited number) while no one visits, let’s say, Baia.
The same happens in Florence: a few steps from the Accademia, no one crosses the threshold of the Bargello, which is always empty, with its four Michelangelos and with its abundance of spectacular Renaissance sculptures. And while the Uffizi and Piazza della Signoria are collapsing, the rooms of the Galleria Palatina in Palazzo Pitti (full of masterpieces by the same masters) are always – wonderfully, but surprisingly – deserted. Not to mention the great Museum of Orsanmichele, Santo Spirito, Santissima Annunziata, Santa Felicita. The list goes on and on and it portrays an empty Florence, at times ghostly.
Trying to govern tourism would mean starting to differentiate and expand the offer that agencies sell to tourists: filling empty squares, churches and museums, emptying the overcrowded ones a little. However, this is not enough. A city project is needed.
If we continue to deprive Florence of its functions (as the university did, for example, with a series of dramatic mistakes), if we continue to transform public buildings into hotels. If, instead of having a project, we rely on impromptu competitions, if we continue to create the conditions for residents to be expelled, the historic city will increasingly be just a location at the mercy of those who ‘pay for the ticket’.
The only real defence against the excesses of tourism is represented neither by the limited number of tourists allowed nor by the gates around the monuments but rather by a living city whose inhabitants are both the soul and the guardians of its sites. The polis is the product of politics and perhaps this is our real problem. The death of the city, in fact, cannot be stopped with impromptu measures, a mixture of police and propaganda (like the idea of the turnstiles at the entrance to Venice). We must go back to governing it, thinking and stating the most obvious yet denied and revolutionary thing: a city is a city.
It is not a location, a large resort, a colossal second home for the rich, nor is it the background for the deadly Grandi Navi.
It is nothing of the sort. It is a city.
Venice’s problem, for example, cannot be solved starting from the number of incoming tourists: you have to change the outgoing ones (the residents). In Titian’s time, the city, which was the same size as today, had almost 170,000 inhabitants: today, it does not reach 50,000. That’s the problem. The solution is to reverse the policies that have caused this mass exodus. Getting back to governing the prices of the real estate market, the proliferation of accommodation facilities, replanting the necessary services to those who live there every day, doing maintenance of the city. It is necessary to make “the artistic monument and the artisan shop, the palace of the rich and the houses of those who were born and live in those neighbourhoods, the folk festival and the art festival with its guests and tourists coexist. It is a thoughtful policy, tailored to specific contexts, differentiated by place, neighbourhood by neighbourhood, acceptable and comprehensible first of all by the communities as well as by those who are the only repositories of the historical and human identity of the places”. These are Eugenio Scalfari’s words, written in 1989 in an enlightened article that denounced, in the aftermath of Pink Floyd’s destructive concert, “the wicked use that an inept and uneducated political class makes of Venice in particular and of Italian cities of art in general”. Words that are still true today: indeed, today they are even more serious and urgent after another thirty years of mistakes. Reversing the course is imperative: time is up