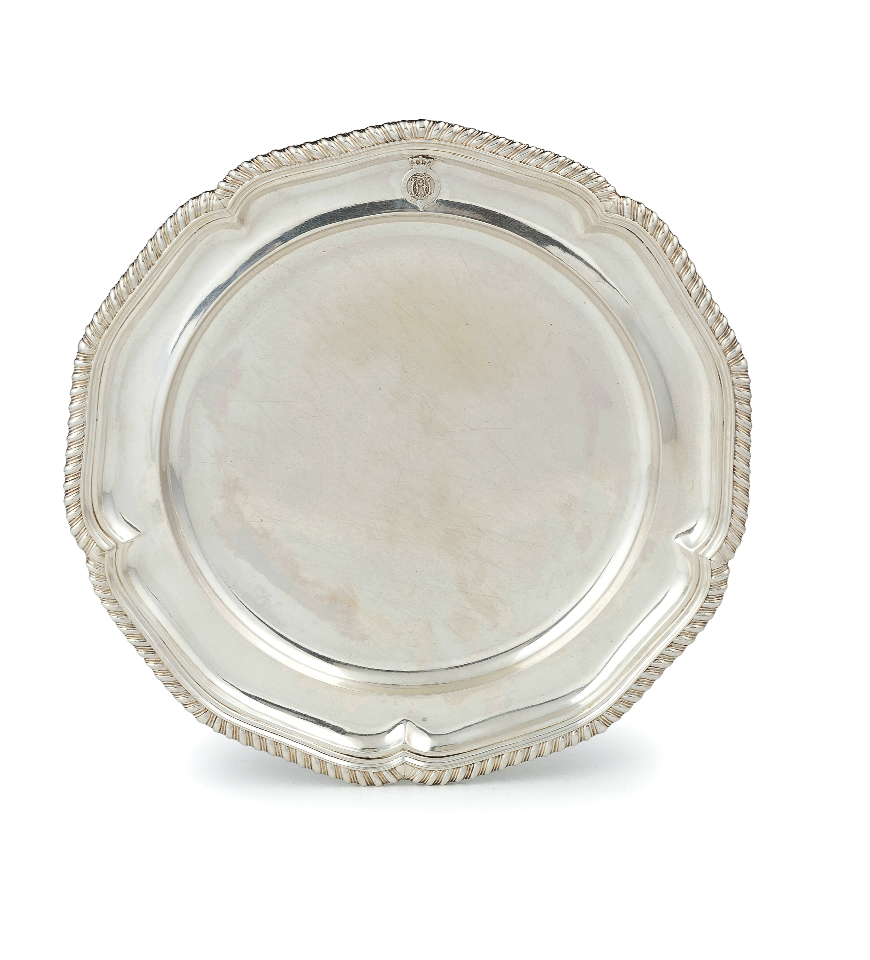 The auction of silver, ivory, icons and Russian objets d’art on November 13th includes twenty-one silver plates by Johann George Hossauer (1794 – Berlin – 1874) made in 1829 for the wedding service of Prince William of Prussia to Augusta of Saxony-Weimar-Eisenach, which took place on June 21st of that same year. The crowned eagle of Prussia with the chain of the Order of the Black Eagle is engraved onto the twelve plates, two dishes, three serving dishes, three oval dishes and one knife dish bearing the motto Gott mit Uns belonging to Prince Frederick Charles (1828-1885), the nephew of Emperor William I. The dishes weigh in total more than eighteen kilos. The Berlinese goldsmith – famous all over Germany for his factory of copper, gold, silver and English-style bronze had over one hundred employees – took as his model the dishes made in 1806 by the London goldsmiths, Digby Scott and Benjamin Smith II, for the family of Baron William Bagot I. The service was the present given at the wedding by the father of William, King Fredrick William III of Prussia (1770 – 1840). In the very elegance that distinguishes this part of the service given for the wedding between William and Augusta we bear witness to the power of the Prussian Court in the Nineteenth Century.