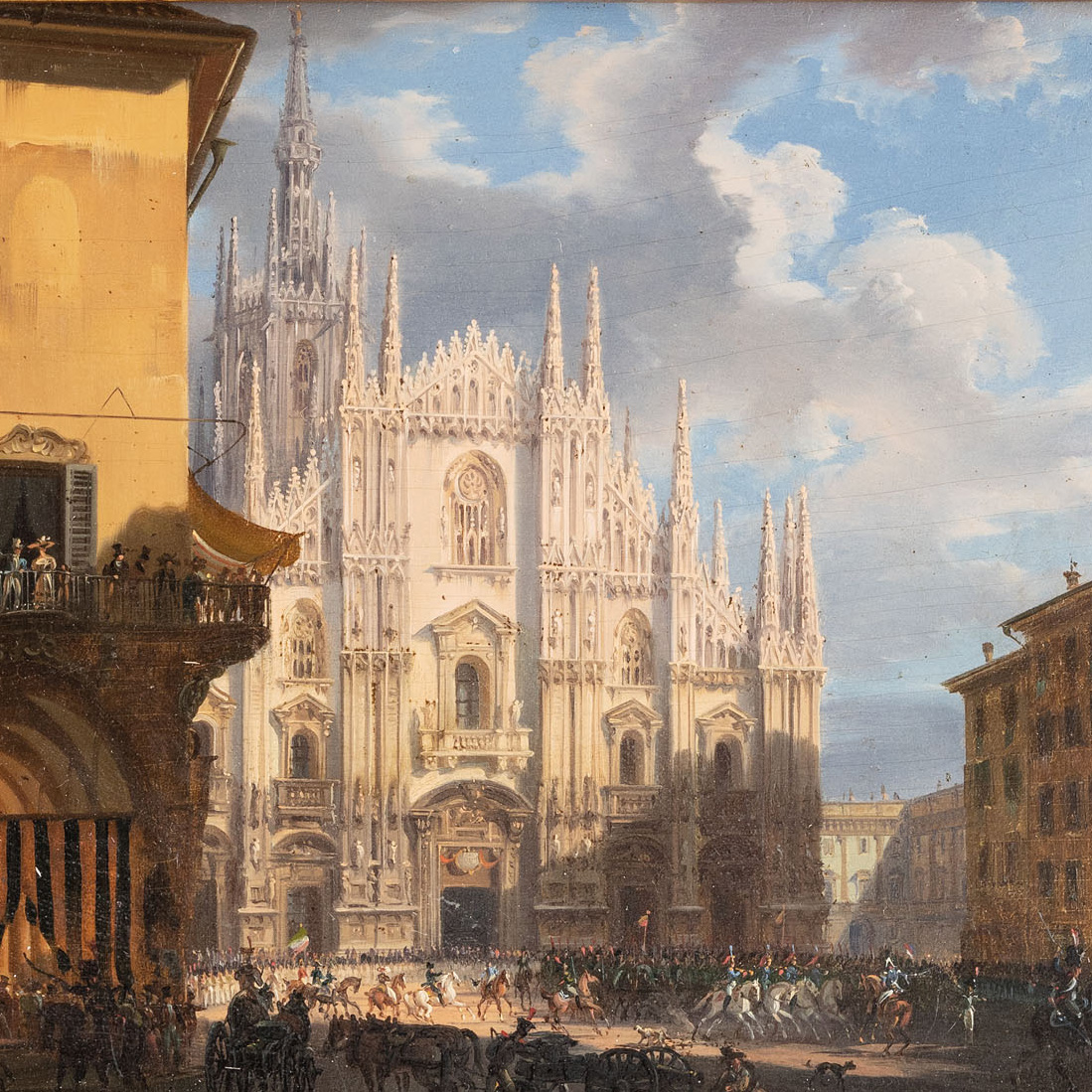 Giovanni Migliara. Landscapes and Views of the Real

Giovanni Migliara (Alessandria, 1785 – Milan, 1837) is known to the world of great Italian and international collectors as a vedutista with an admirable optical and colouristic sensibility, who owes his prestige above all to the landscapes and urban views of the Italian cities he visited, as well as the nobility from all over Europe during the Grand Tours of the peninsula.

He will be the protagonist of a precious catalogue of 46 interesting works including paintings, drawings and fixés sous verre, which will be presented at auction on Wednesday 20 September at the Sale di Palazzo del Melograno in piazza Campetto 2 in Genoa, retracing the painter’s training and artistic career.

Popularity also confirmed by the result obtained by the 2014 sale, again at Wannenes, of the painting ‘La Piazza del Duomo a Milano col Coperto dei Figini’ that realised €322,400, a world record for the painter to date. An emblematic example of the expressiveness of his works where he combines refined perspective and architectural research with simple narratives of everyday life.

His eclecticism is excellently represented in the sale’s catalogue, which is divided into the themes and techniques most dear to the artist.

The first part presents a selection of landscapes: from rural landscapes to urban foreshortenings, from ruins to monuments, up to the so-called ‘capricci’, so beloved of Romantic culture, in which he enriches the scenes with fantasy architecture and buildings. Themes derived from 18th-century Venetian painting, together with landscapes and views taken from life in the Milanese and Lombardy regions, constitute two constant strands in his production. From masters such as Canaletto and Bellotto, Migliara adopted the use of the camera obscura, already known at the time for replicas of perspective paintings.

This is followed by a series of convent interiors, subjects that the painter replicated numerous times in his career, from which he emerges for an original perspective cut and a vivid colouristic sensibility.

We then move on to the urban views realised between the 1920s and 1930s, when the painter, driven by the desire and the need to enrich his cultural background, undertook a number of trips to Italy, touching upon numerous centres punctually immortalised in a kaleidoscopic panorama of the peninsula in the Restoration years.

The catalogue closes with a collection of rare fixés sous verre in which Migliara ventures, reaching the highest levels of expression, in this delicate and particular technique born in France in the second half of the 18th century. These are small works painted in oil on silk taffeta and glued to a concave glass through a mixture with a honeyed consistency. The result, fragile but of extreme brilliance, granted him the nickname ‘Italian Flemish’ because of his incredible attention to detail.