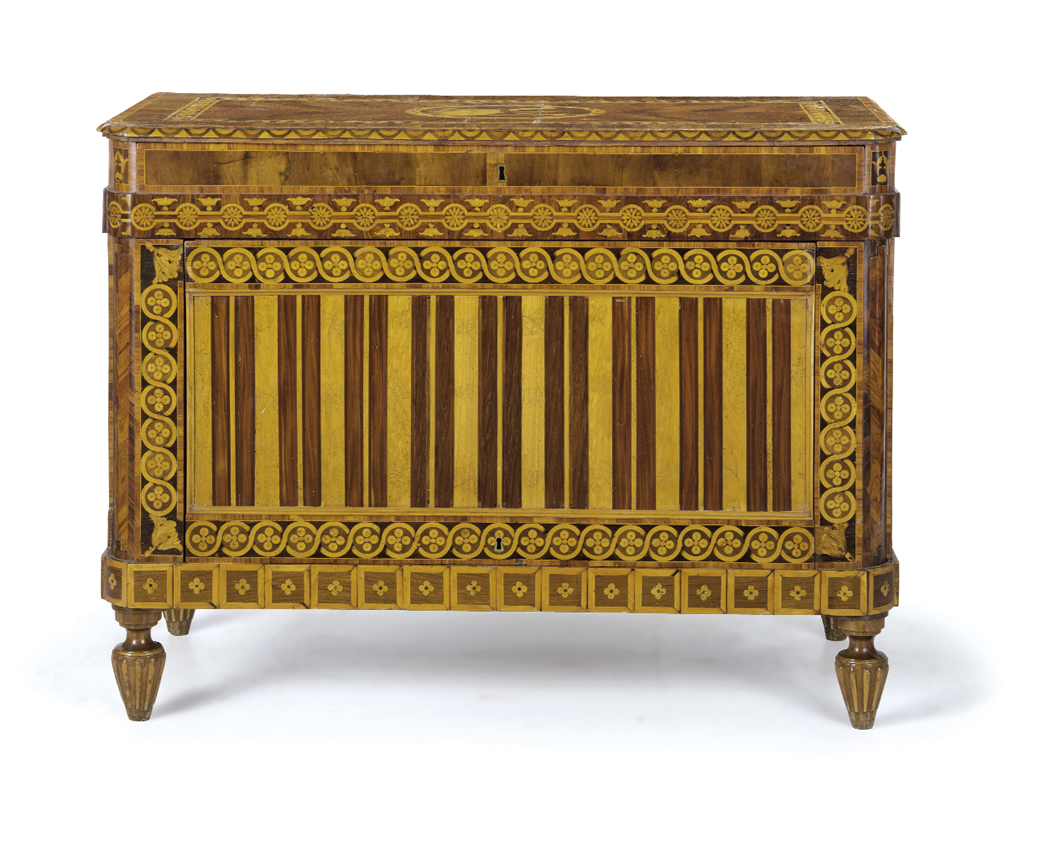 Every collection is an emotion. Every house, villa and palace is a treasure to be discovered. Every work, from a masterpiece to the object of affection, deserves the attention of a careful look that admires creativity becoming history. This is the curious approach with which Giangiudo Scarampella has always approached the world of antiques, which he has crossed with stratified expertise that has made him choose objects that have stimulated his taste as a collector of wonders.

The next sale of Furniture will include (with a free offer option) a selection of works hosted in his gallery in Brescia. As if they were an anthology, they reveal its heterogeneous and tasty sensitivity. The chest of drawers, veneered in various woods, of the eighteenth to nineteenth century inspired to Maggiolini’s style is an example. It is decorated with stylised floral decoration. It has a retractable front door decorated with vertical stripes and two internal drawers. The top is centered by a musical allegory within oval reserve. The chest of drawers flap with riser veneered with walnut and briar of the eighteenth century is entirely decorated with ebonised frames in relief and beads and architectural tripartite cyma profile.

The great relief of the 19th century, depicting a heraldic weapon with a tower and an eagle in a cartouche with swirls, which seems to be inspired to Piranesi, is as cultured and artificial archaeological reminder of the Grand Tour, as is the large sledge in carved and lacquered wood of the 18th century with the bow in the shape of a stylised swan, which seems to evoke, through its lightness, the carefree world of childhood and Nordic fairy tales.

Finally, a large canvas of excellent quality, depicting the Portrait of a Hunter with Game and Dogs in a Landscape. Vittore Ghislandi, called Fra Galgario, probably executed the hunter, with a clear Nordic reference. The landscape and animal pieces, on the other hand, are probably to refer to the Crivellone. Both of them were two famous masters of Lombard painting in the eighteenth century.