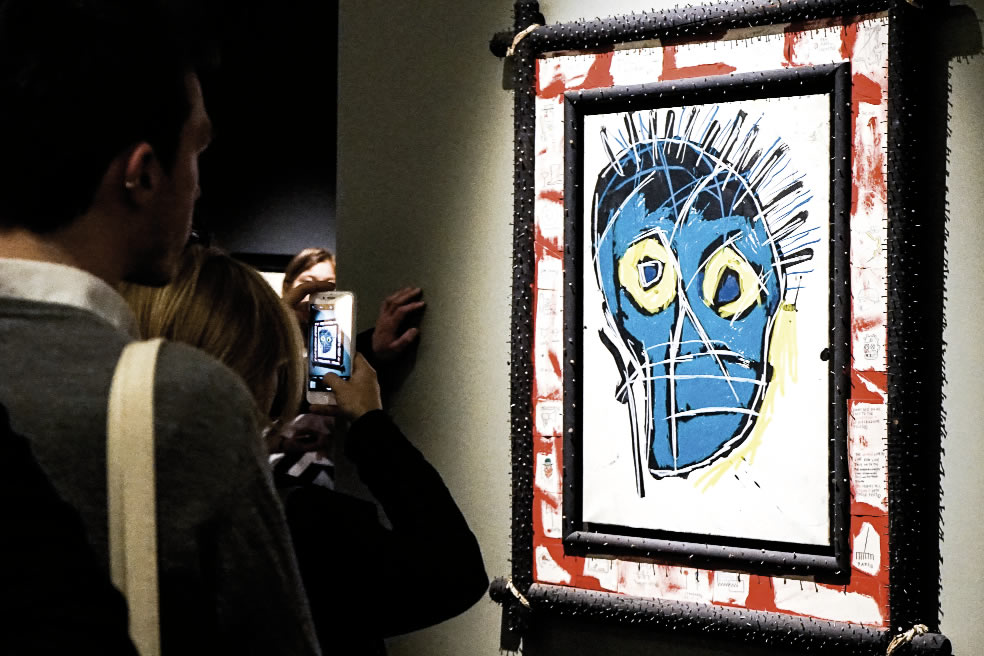 Financial markets and art. All eyes on the S&P 500

Between the end of January and the beginning of February, markets all over the world looked death in the eye. After three years of continuous growth, without decreasing even in the inevitable difficult moments, the S&P 500, the most important American stock market index (hence, of the world) passed in only nine sessions from 2,873, which represented yet another historical record, to 2,581: in 30 years, such a drop had never been experienced and, what is more, without any notice. The main European financial centres didn’t do any better and neither did the emerging ones.
Even China, one of the least America-dependent financial markets, followed the same trend: in very few sessions, Shanghai Composite dropped from 3,587 points to 3,129. Whomever thought that China and its growing power could behave differently in the market was proven wrong.
In those days, even the most alternative finance had its problems: the bitcoin, a virtual currency created from scratch, which attracted billions of dollars (basically a masterpiece), dropped from a maximum of 19,891 dollars to 6,393.
Then, after the terror caused by such unexpected volatility, everything went back to normal. The S&P 500, which is still the most important benchmark for all markets (and not just stock markets), started growing again slowly and went back to 2,800, which is really close to the absolute peaks registered in late January. The law that cuts taxation for American companies as well as 18.4%-profit increase forecasts revitalised Wall Street. Shanghai financial centre did pretty much the same: it went up to 3,300 despite a slight decrease. Even the bitcoin, pronounced dead and buried under the weight of a bubble that finally broke, gave signs of life and almost reached 11,000, and then actually went back to around 7,500 (when this article was written). Basically, according to the optimists, much ado for nothing.
And what about art? Due to the optimism shown in 2017 and early 2018, the prices of the major auctions worldwide (mainly in London and New York) were rapidly increasing. However, given the speed of the fall and of the subsequent return, there was no serious consequence on auction prices. Of course, such a fear will affect the sound certainties of a few months ago, when we all thought that everything would be OK.
After all, there is a very narrow relationship between the S&P 500 and contemporary art.
A comparison between the S&P 500 and the Art Global Index (one of the most complete index of auction prices worldwide) regarding the quarterly returns registered in the first three months of 2008 until mid 2017, on 78 data for both, showed some interesting results.
First of all, something worth noticing: shares performed much better. In the period taken into consideration, the Art Global index increased by 56% while the S&P 500 provided investors with over 150%. However, things change if we analyse two Art Global’s sub-indexes, that is to say, post-war works and contemporary ones. They both represent the most lucrative sub-systems. Their performances, in fact, totalled +145% and +129% respectively. Such figures, however, were negatively affected by a quarter of decline registered in mid-2018: in summer 2014, total profits amounted to + 203% and +153%. The quarterly average profit was equal to +153% for shares and + 1.27% for contemporary art. Their standard deviations amounted to 8.31% and 4.89% respectively. It looks like the typical case of an asset class that follows the same logic of the other one, only with slightly lower profits and with fewer risks.
To conclude, the art market is at a crossroads, just like financial markets: the drop registered in early 2018 might be seen as a mere accident and everything could go back to normal. Today, according to most analysts, this is the most plausible hypothesis. However, in this field, a sudden change of mind is the norm. Anyway, as far as the S&P 500 is concerned, the 3,000-target should be monitored: reaching it rather quickly would be a sign of the USA equity power and it would lead everything else. Or, something is now broken in the American economic-financial system, which is still the world’s leading power, and we are heading towards an unavoidable decline. If this were the case, the world of art would surely walk down the same path.