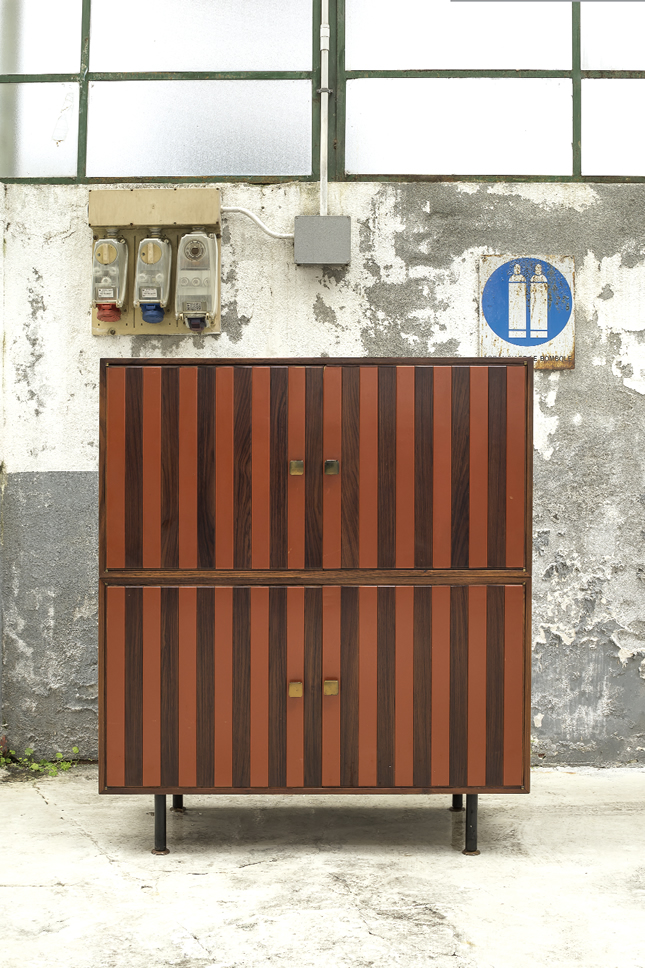 For Ettore Sottsass, design is a dynamic magma of countless technical, intellectual and human skills that produce objects, furniture and living spaces conceived in an emotional and playful, choral and ironic way. An eclectic talent between painting and architecture, from the very beginning he has been involved in building, furnishing, industrial design, painting, modelling ceramics, designing carpets and glass. In a brief essay he wrote in “Domus” of September 1959 (n. 358), he comments on an apartment he designed: “The composition of these walls proceeds according to a succession and alternation of different surfaces in a game that is essentially graphic and chromatic (…) The third dimension hardly matters and the space is perceived by a succession of two-dimensional planes”.
His furniture is made up of sculptures, altars and monoliths that inhabit the space with a positive, choral and experimental approach. He reshapes the sense of living in space with the visionary madness of an artist. His shapes and colours live in harmonic disproportions and the materials seem to live happily, among metals and coloured woods, walls with strong colours, paintings and stripes, black and white, in a research that escapes ephemeral trends to look for a synthesis that is both evocative and transgressive.
In the double body in brass, enamelled metal, lamellar wood paved with rosewood, partly lacquered, produced for Poltronova in 1956 and included in the next Design auction, the succession of lines is hypnotic and minimalist, but the creativity of the colour is anarchic, scratching, eternally modern.