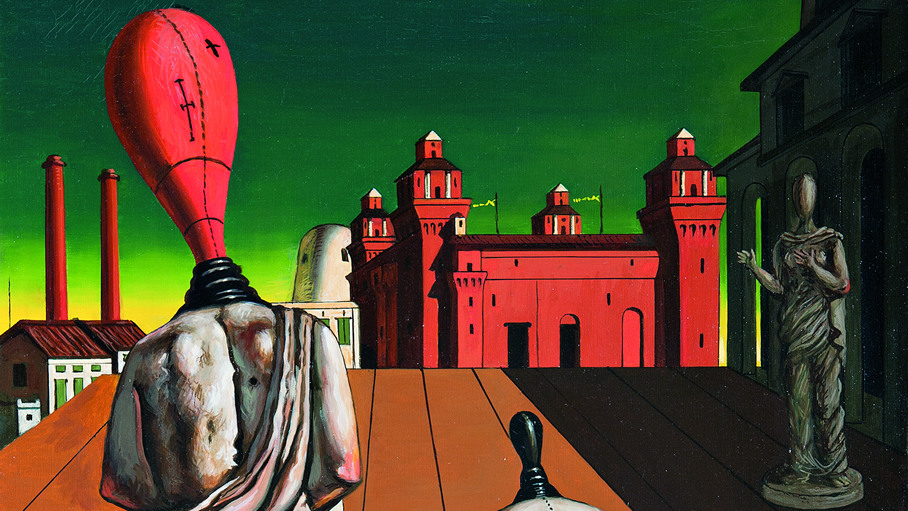 De Chirico. The accuracy of inaccuracy

Talking about De Chirico in his Mystère Laïc, 1928, Jean Cocteau said that he was “an accurate painter, he borrows from his dream the accuracy of inaccuracy, the use of truth to promote falsehood”. Thus, metaphysical painting was born, nourished by the ambiguity of the dream world, by the continuous shifting of space, between the physical dimension and the intangible sedimentation of memory, of things, of people, of life itself, which is nothing but the cognitive reflection of a fictitious sensory perception. Ten years earlier, in 1918, the same pictor optimus suggested that “We live in a fantasy world we gradually become familiar with”.

Almost fifty years after the solo exhibition at Palazzo Reale in Milan in 1970, an extraordinary retrospective offers the key to a hermetic painting that has its roots in the Greece of childhood, matures in the Paris of the avant-garde, gives life to the Metaphysics that bewitches the surrealists and conquers Andy Warhol and, finally, confuses with its irreverent as well as ironic reinterpretations of the Baroque. The exhibition is curated by Luca Massimo Barbero, and promoted and produced by the City of Milan with Milano-Cultura, by Palazzo Reale, by Marsilio and Electa, in collaboration with the Fondazione Giorgio e Isa de Chirico and Barcor17. The exhibition will be open until 19 January 2020 and includes some original comparisons and unique combinations that reveal the fantasy world of one of the most complex artists of the twentieth century.

Divided into eight rooms and hosting works lent by international, national and Milanese museums, the exhibition aims to create visual reactions that chase “The demon in everything […] the eye of everything [because] We are explorers ready to leave again”.