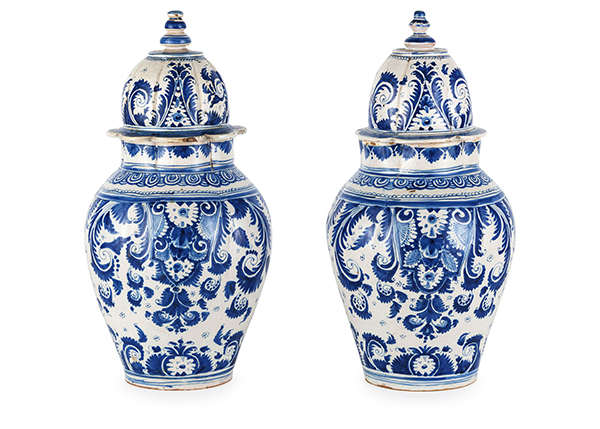 In the wake of positive trends in all the Departments for the first semester of 2016, the Department of Ceramics and Glass, a niche segment but considerably dynamic, recorded a highly significant 71.1% of lots sold and 139.4% of lots sold by value, in the auction that was presented in Spring.
Of particular interest was a rare pair of lobed vases in blue and white maiolica by the Ginori Manufactory at Doccia from about 1755 which sold for 6,200 Euro.
Of similar interest was a white porcelain soup tureen from around 1745, relief decorated with baroque motifs, which sold for 5,580 Euro. Equally noteworthy of mention is the private sale at the same time as the auction of an important allegorical group in polychrome porcelain by the aforementioned Ginori Manufactory at Doccia from around 1770. In Rococo style, the group featured the Three Parcae, most probably part of a series with the two dessert groups that are today at the Paul Getty Museum.