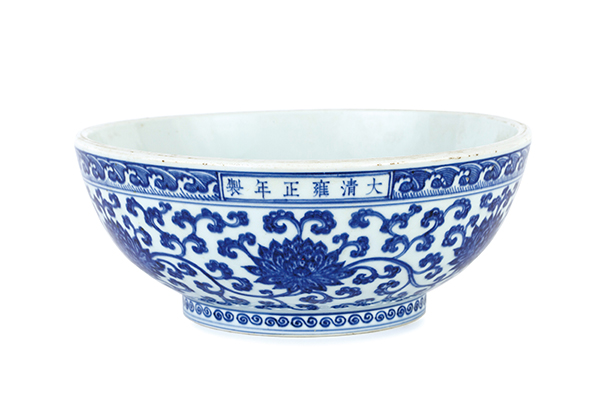 The Department of Asian Art performed very well during the first semester of 2016 with a highly selective catalogue that contained works that were of significant artistic and historic importance. The auction made a total of 753,594 Euro with 62.8% of lots sold and 411.5% of lots sold by value.
The top lot sold for a sum that reached levels that are more commonly scene on the international circuit – a Chinese cup in porcelain decorated with a lotus flower motif in Ming style, the Qing Dynasty, marked and from the Yongzheng Period (1723-1735), selling for 210,800 Euro.
A glazed flambé Fanghu vase, also from the Qing Dynasty, marked with the incised seal of the Qianlong Period was sold for 105,400 Euro, whilst a circular screen in carved jade in dark green from the Qing Dynasty from the Eighteenth/Nineteenth centuries was sold for 80,600 Euro.