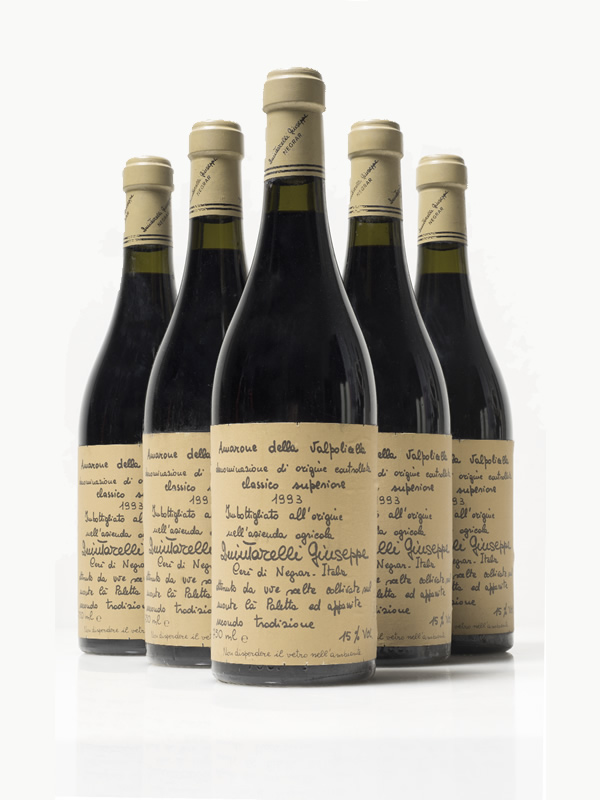 Drinking wine is like enjoying a work of art where you can be part of a masterpiece not only through the eyes but also through the palate. Giuseppe “Bepi” Quintarelli is considered to all intents and purposes an artist. His masterpiece is obviously the wine in which he believed, where every single vintage is a combination of patience and passion. His work has been a real source of inspiration for all those producers who have tried their hand at the production of Amarone, taking the Valpolicella of simple and drinkable wines – Recioto and Amarone were tiny exceptions – into the land of important ones. The estate is located in the heart of Valpolicella in Ceré di Negrar on the slopes of Mount Ca Paletta. The vineyards are cultivated on soils rich in basalt and limestone, particularly suited for the cultivation of the vine. What sets Amarone apart are the complexity, character and uniqueness of the aromas along with its impenetrable ruby red colour. It comes from an assemblage of corvina veronese, rondinella and corvinone that smells of plums, cherries in alcohol, cocoa and coffee. The taste is overwhelming, soft, warm and sensual, never annoying despite the extreme richness of aromatic depth and its persistence. In the cellar we rely on time and patience. We know that only with long ageing, in wood before and in the bottle after, we will obtain wines with harmonious, complex, long-lived and fascinating aromas. This is the only way to create the famous Quintarelli labels. Certainly one of the most prestigious wines in Italy, it will be among the protagonists of the next Wine & Spirits auction, together with a large collection of “colleagues” from the cellar, with five bottles of Amarone della Valpolicella Classico Superiore 1993. Among the last things that Luigi Veronelli wrote was the spontaneity of “kneeling in front of a bottle of Amarone ……. and remembering the poets”.