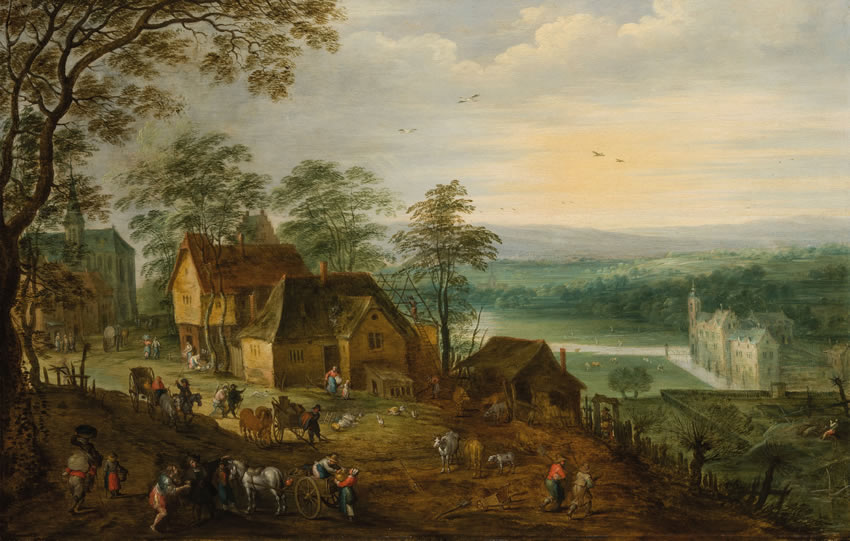 The predominance of Baroque Art

The department of Ancient Paintings reaffirmed its prominent role in the first semester of 2018 thanks to an overall result of 2,466,771 euro and a percentage of items sold per lot amounting to 73.1%, and in terms of value to 128%.
The works awarded belonging to the particularly interesting collection of the notary Clemente Ferrari from Genoa include Paesaggio con villaggio rurale e castello by Jan Brueghel the Younger (Antwerp 1601 – 1678), which went under the hammer for 200,000 euro. Paesaggio con castello by Anton Mirou (Antwerp 1570 – after 1661), sold for 137,500 and finally, – Paesaggio rurale con figure e cavalieri – by a painter working in Antwerp in the XVII century – which reached 82,500 euro. The remarkable Flemish collection that includes such top lots totalled 585,000 euro.
It is also worth mentioning a portrait of Saint Luke the Evangelist, XVII – XVIII century, in the style of Giovanni Battista Gaulli (also known as “the Baciccio”, who worked in Genoa and Rome between 1639 and 1709), sold for 112,500 euro. To conclude, an intense Ritratto di uomo in armatura (probably portraying Ambrogio Spinola, a famous man-at-arms from Genoa who fought the European wars during the Spanish dominance), attributed to Michiel Jansz Mierevelt, which went under the hammer for 87,500 euro.