Wannenes Art Auction was founded in 2001 with headquarters in Genoa. The history of the company has followed the antique traditions of the city of Genoa intending always to look beyond the present and benefit from the many and varied opportunities that an increasingly international market – as well as an increasingly more sophisticated and selective collecting public – demand today.
Over the years a large amount of art historians, antique dealers, gallery owners, directors of public and private museums, specialised journalists and sophisticated collectors has contributed to the success of the company. The number of auctions has increased as each year goes by and there have been openings of new offices in Rome in 2003 and in Milan in 2008. For Wannenes this has resulted in a significant increase in the number of staff as well as external consultants and experts.

Over these last few years, numerous objectives have been fulfilled, significant moments of a story that has unravelled amid a climate that has often been audacious and always gratifying for the company. This has been the case both in House Sales – several of which have taken place in houses of the utmost prestige – as well as in Department auctions such as the large altarpiece by Ludovico Brea depicting the Ascension of Christ acquired by the National Gallery of Genoa at Palazzo Spinola. The importance of this latter acquisition was additional proof of the careful and proven approach to the profession on behalf of Wannenes, an approach that reaches much further than mere economic advantage.
However, the most innovative part of the company has been the creation of the Private Treaty and Single Collections Division, a new Department that is specialised in the management and sale of private properties and that has placed the company at the highest level in the management of art collections in Italy, attracting the interest of a whole host of international collectors and museum curators towards a new way of buying and selling art and working within the art market. 23 themed auctions from 2009 to today for a total of 25,120,960 euro – exclusive relations, refined and exhaustive catalogues for collectors and connoisseurs who lave the pleasure of knowledge.

At the heart of all this activity is the Wannenes Art Magazine, a biannual magazine dedicated to the market and receptive to all the forces within and rotating around the world of art with a fashionable layout and full range of contents for an international readership that desires a nomadic and eclectic approach to the search for beauty. 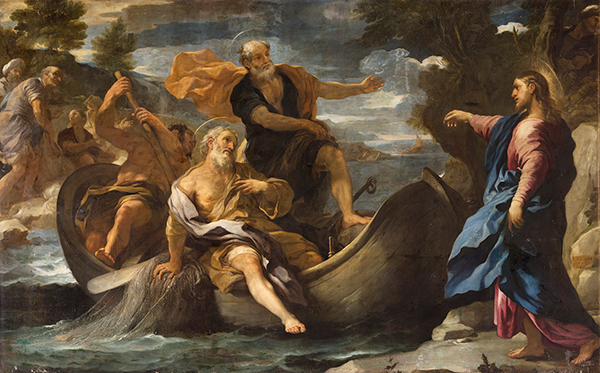 This website uses cookies to improve your experience while you navigate through the website. Out of these, the cookies that are categorized as necessary are stored on your browser as they are essential for the working of basic functionalities of the website. We also use third-party cookies that help us analyze and understand how you use this website. These cookies will be stored in your browser only with your consent. You also have the option to opt-out of these cookies. But opting out of some of these cookies may affect your browsing experience
Necessary Always Enabled
I cookie necessari sono assolutamente essenziali per il corretto funzionamento del sito web. Questi cookie garantiscono le funzionalità di base e le caratteristiche di sicurezza del sito web, in modo anonimo. | Necessary cookies are absolutely essential for the website to function properly. These cookies ensure basic functionalities and security features of the website, anonymously.
Functional
I cookie funzionali aiutano a svolgere determinate funzionalità come la condivisione del contenuto del sito Web su piattaforme di social media, la raccolta di feedback e altre funzionalità di terze parti. | Functional cookies help to perform certain functionalities like sharing the content of the website on social media platforms, collect feedbacks, and other third-party features.
Performance
I cookie per le prestazioni vengono utilizzati per comprendere e analizzare gli indici chiave delle prestazioni del sito Web che aiutano a fornire una migliore esperienza utente per i visitatori. | Performance cookies are used to understand and analyze the key performance indexes of the website which helps in delivering a better user experience for the visitors.
Analytics
I cookie analitici vengono utilizzati per capire come i visitatori interagiscono con il sito web. Questi cookie aiutano a fornire informazioni sulle metriche del numero di visitatori, frequenza di rimbalzo, fonte di traffico, ecc. | Analytical cookies are used to understand how visitors interact with the website. These cookies help provide information on metrics the number of visitors, bounce rate, traffic source, etc.
Advertisement
I cookie pubblicitari vengono utilizzati per fornire ai visitatori annunci e campagne di marketing pertinenti. Questi cookie tracciano i visitatori attraverso i siti Web e raccolgono informazioni per fornire annunci personalizzati. | Advertisement cookies are used to provide visitors with relevant ads and marketing campaigns. These cookies track visitors across websites and collect information to provide customized ads.
Others
I cookie non classificati sono quelli che vengono analizzati e non sono ancora stati classificati in una categoria. | Uncategorized cookies are those that are being analyzed and have not been classified into a category as yet.
SAVE & ACCEPT
Powered by