The rigour of the lines, the neatness of the crystal glass sheets, engraved with a lozenge motif in the secessionist style, its complex simplicity make this bar cabinet a truly exceptional piece of Italian design in the mid 1930s. The monogram “FX” is engraved in the internal wooden cladding, as the ancient master craftsmen used to do. It is the “Fontana Arte” by Pietro Chiesa, one of the most original and inventive Italian proto designers of the twentieth century. He was able to combine refined artisanship and industrial entrepreneurship, never losing sight of the essence of “Italian style”: glamour. 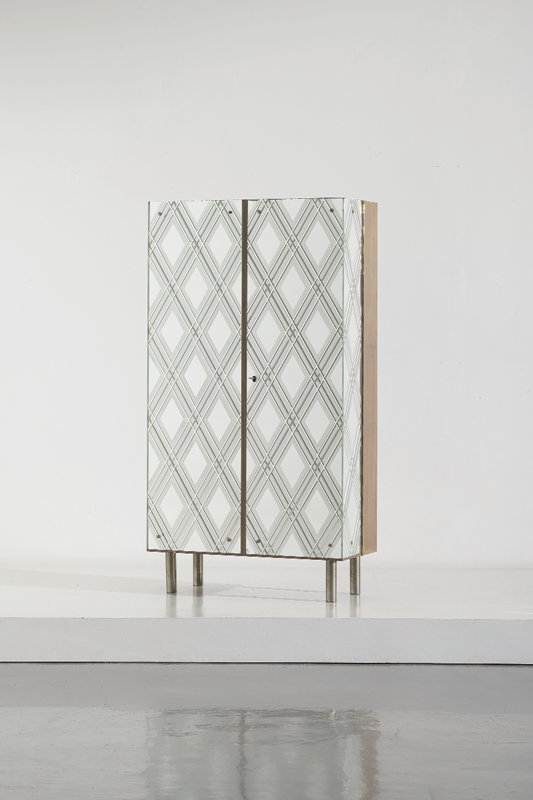 Elegance is the signature of Deco, a sort of charm combined with a snobbish attitude, which surfaces in the feeling and in the artistic expressions that identify with it. The phenomenon is much more than this, though: Deco is not only a way to design and create objects, decorations, environments, architecture, but also a system of signs. A language that, originating from the fertile panorama of the Austro-German Secessions, emerges in the very first post-war period and dominates unchallenged throughout the Twenties, characterising them in an indelible way. In the following decade, it is declined in more monumental forms or, as is the case of this remarkable furniture by Chiesa, with an abstract and very modern line.

Still in the twenties and after the experiences of Art Nouveau, the Italian decorative arts confronted history and tradition, avoiding a revivalistic attitude but rather adopting an ironic approach, consciously modern and at the same time light and sensual. Chiesa, a pupil of one of the master cabinet-makers of Italian Art Nouveau, Giovan Battista Gianotti, opened “La Bottega di Pietro Chiesa” in Milan in 1921. Here, in addition to furniture, he produced stained glass windows on cartoons designed by Achille Funi, Salvatore Saponaro, Ubaldo Oppi, Tomaso Buzzi and Gio Ponti.

In the second half of the 1920s, when Monza Biennials became an important showcase, the market’s interest in the new Italian production of furniture and decorative arts, in line with the international taste but with specific connotations, led Gio Ponti to start, in 1927, “The Labyrinth” (name, incidentally, suggested by the critic Ugo Ojetti). It grouped the architects Tomaso Buzzi, Emilio Lancia, Michele Marelli, the glassmaker Pietro Chiesa (who, always in 1927, had made a window for the 3rd Monza Biennial on cardboard by Buzzi, assisted by the sculptor Italo Griselli), who was appointed vice-president, and the Milanese lawyer Paolo Venini, who, in his glassworks in Murano, was busy recovering the traditional technique of Venetian blown glass with a contemporary twist, who became its president. The aim of The Labyrinth was to promote the diffusion of a new way of living based on comfort, refined taste, precious materials, innovative, original and consistent design. The atmosphere created by the furniture was enhanced by accessories such as mirrors, glass, ceramics and porcelain, fabrics, vases, objects and lighting systems in blown glass. The drawings, sober, essential and elegant, were realised with precious woods by specialised craftsmen and were successfully presented at the III Biennale. The catalogue defined them as “aristocratic and brilliant sample of luxury furniture”. However, the Deco style was declining.

Between 1925 and 1931, Chiesa had produced a significant series of stained-glass windows for the factory of Il Vittoriale by Gabriele d’Annunzio, on cartoons by Guido Cadorin, Guido Marussig and Gio Ponti. This series showed the metamorphosis between a decorative language in line with the Deco style and an explicitly abstract formulation, as in the “alabaster stained-glass windows” of the Stanza della Musica and in the lozenge decoration of the Stanza di Cheli and in the palace of Schifamondo.

At the beginning of the 1930s, Gio Ponti and Pietro Chiesa exacerbated the graphic characters used in previous years, giving rise to that geometric phrasing that led to the new production of “Fontana Arte”, founded by the two friends in 1933, “specialised in all the noble processes of crystal”. The linear rigour, the use of metals, in particular brass, ground and engraved crystal, the choice for industrial production as an alternative to artistic craftsmanship, the rejection of ornamentation, conceived as a crime, conquered the scene in the thirties, but always within a luxury production, which the high and exclusive market did not give up easily. The production capacity of Luigi Fontana company combined with Chiesa and Ponti’s inexhaustible creativity gave rise to one of the most innovative design productions in Italy in the 1930s, with engraved mirrors, lamps and chandeliers, furnishings covered with sheets of crystal glass, up to the tables, where the curved sheet of glass had a load-bearing function (model “0736”), and very modern objects, such as the Cartoccio vase (1935). In the bar cabinet, simplicity is synonymous with refinement and industrial design is combined with attention to detail, such as the carved wooden frames on the inside, a distant echo of Rococo, or the key in the form of a stylised little man, an explicit statement of modernity and irony. 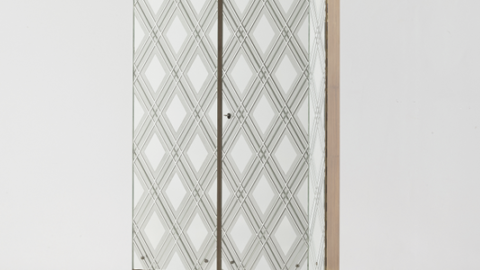 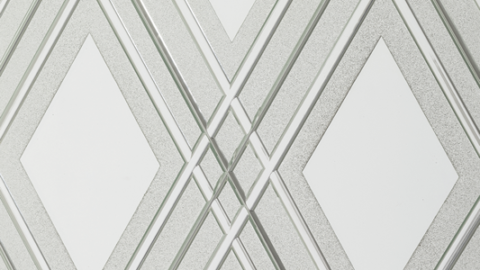 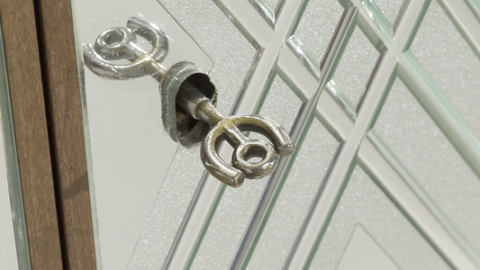 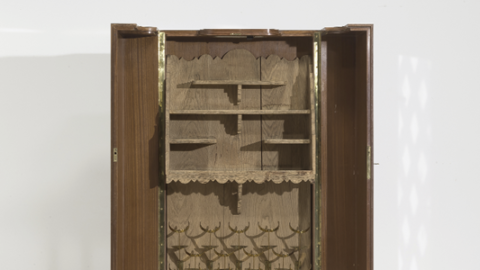 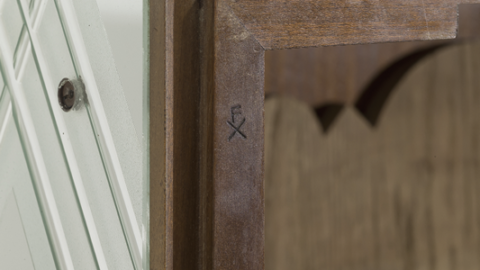 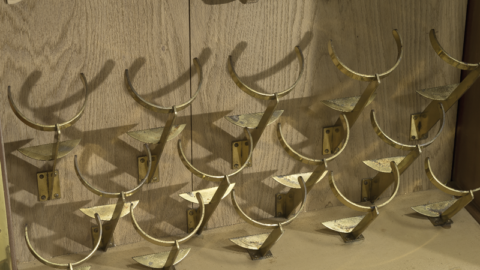