DONATELLO. INVENTOR OF THE RENAISSANCE 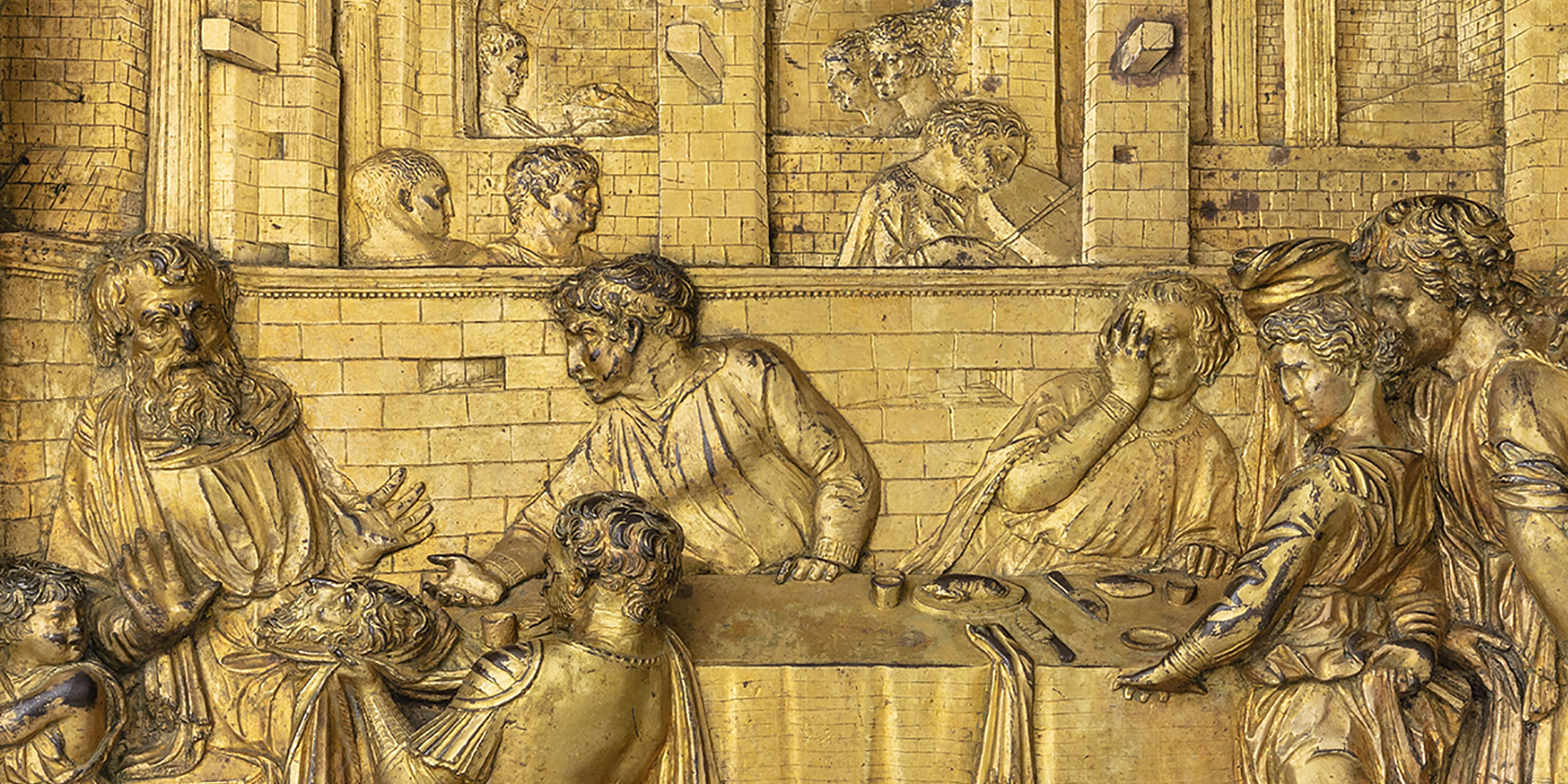 Donatello was one of the founders of the Italian Renaissance. His works are characterised by technical innovations and revolutionised the artistic practice of their time. As part of a one-off collaboration between the Staatliche Museen zu Berlin, the Victoria & Albert Museum in London and the Fondazione Palazzo Strozzi and the Musei del Bargello in Florence, this is the first exhibition to be held in Germany focussing on Donatello. Across some 90 works, many of them key works in his oeuvre that have never before been shown together, a panorama emerges that sparks the realisation that the story of Donatello is also the story of the Renaissance.

Donatello (ca. 1386–1466) was a versatile innovator who was always open to technical and artistic developments and experimented tirelessly with materials and forms of aesthetic expression. For example, he employed mathematically calculated perspective in creating his reliefs, and used materials like terracotta and plaster to create and reproduce his works in addition to the more traditional medium of marble. Numerous masterpieces evince his extraordinary productivity and imagination, and are now considered major works of the Italian Renaissance.

A Unique International Exhibition Project
After the Museo Nazionale del Bargello in Florence and the Victoria & Albert Museum in London, the Staatliche Museen zu Berlin possesses one of the world’s most extensive and diverse collections of works by Donatello. Together with the Fondazione Palazzo Strozzi, these museums have teamed up to curate three monographic exhibitions on Donatello’s oeuvre. Sculptures and reliefs in marble, terracotta and bronze that have never been displayed together before make this show a genuine once-in-a-lifetime experience.

High Calibre Loans in Dialogue with the Berlin Collections
Alongside works from Berlin’s Skulpturensammlung, in the central hall of the Gemäldegalerie, numerous impressive loans will be on display, some of which have never been shown outside of Italy – including three important works in bronze from the monumental high altar of the Basilica del Santo in Padua taken from the collection of the Museo Nazionale del Bargello. These works enter into a dialogue with the paintings of contemporaries like Masaccio, Fra Filippo Lippi and Andrea Mantegna and with sculptures, drawings and casts from the holdings of the Antikensammlung, the Kupferstichkabinett and the Gipsformerei. This dialogue offers visitors the unique opportunity to get a sense of Donatello’s expansive creativity and discover the diversity of Berlin’s collections at the same time. Alongside this, in the Donatello Room of the Bode-Museum, a number of recently restored works from the Skulpturensammlung by artists from Donatello’s circle will be on show.

A special exhibition by the Staatliche Museen, Berlin, in collaboration with the Fondazione Palazzo Strozzi and the Musei del Bargello, Florence, and the Victoria and Albert Museum, London