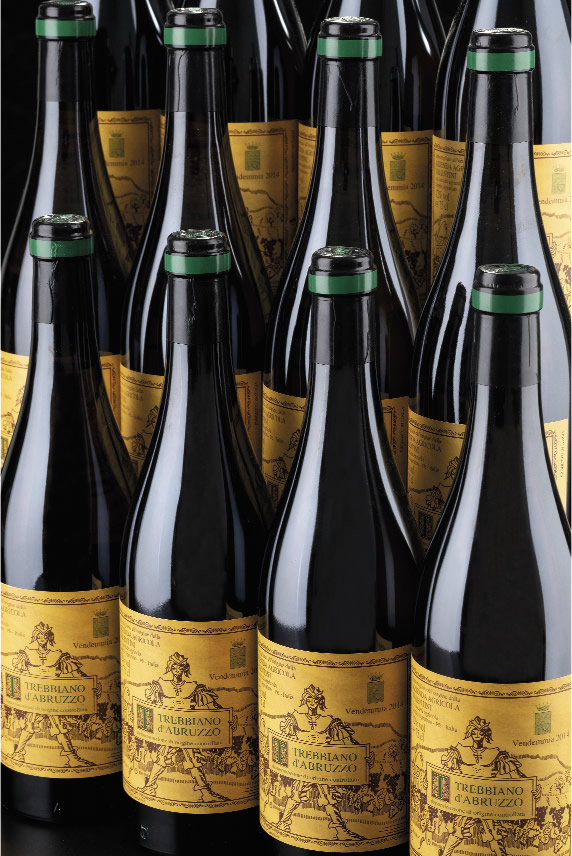 Since the 1600s, Loreto Aprutino has been home to the noble Valentini family, owners of the vast estate bearing the same name, where they have been producing oil, wheat and, above all, wine since the 16th century. Naturally, the descendants of the family continued to manage the estate, including important public offices at local level.

It was not until three centuries later, at the beginning of the 20th century, that Edoardo Valentini, a man of great character and prestige, began to take charge of the family estate, embarking on the path of cultivating high quality wines. Today Edoardo’s son, Francesco Paolo, is in charge of the family business. He is in love with his work and his wines and spends most of his time in the vineyard because “(…) the great work is in the vineyard. In the cellar I do little, I leave the wine the freedom to express itself”.

The vines grown in its vineyards are Trebbiano – which has existed in this area for more than a thousand years, so much so that Pliny wrote about it in his ‘Naturalis Historia’ – and Montepulciano d’Abruzzo.
The Valentini cellars are part of a wine-growing system based on manual work in accordance with the surrounding nature and based on pure craftsmanship. Francesco Valentini is a craftsman who offers his bottles for sale only when they are ready, without giving importance to the vintage year. If they do not meet his criteria of excellence, he sometimes does not put them on the market. In this regard, Francesco is clear about the common thread on which his company philosophy is based: “The philosophy most commonly followed at present stems from the choice of making the product that the market demands, with the result of producing wines that are perhaps perfect from an organoleptic point of view, but standardised, all similar to each other”. Thanks to decades of work, the Valentini winery represents the most prestigious winery in the Abruzzo region. Its fame has crossed national borders, bringing its fine Abruzzo wines – in particular, Montepulciano d’Abruzzo, Cerasuolo and Trebbiano d’Abruzzo – to be recognised worldwide for their high quality. Azienda Agricola Valentini cultivates 70 hectares of vines, but to stay true to its desire for high quality wine, it voluntarily sells only 50,000 bottles per year.