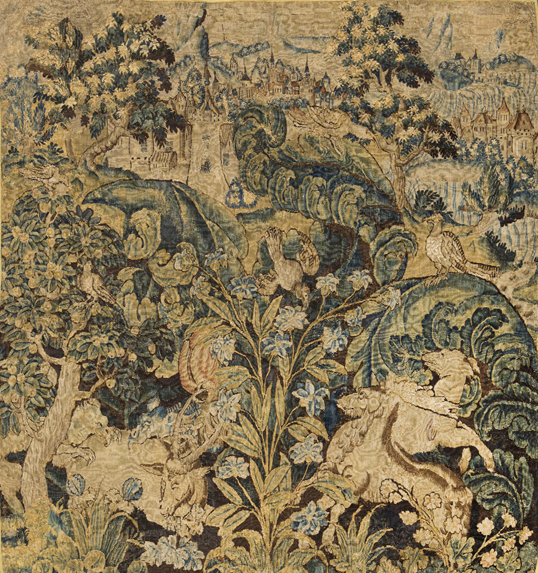 The age-old fabric of beauty

Wannenes Auction House is presenting a new catalogue of important pieces from all over the world enabling us to embark upon a cultural journey from the Fifteenth to the Nineteenth centuries, from Europe towards the East and Persian and farther onto India, China, Tibet and Africa.This journey begins in Sweden with two kilim in the most contrasting and strongest of colours, designed by Britta Svefors and Ingegerd Silow in the 1950’s. An unusual, large carpet in fine needlepoint hailing from Portugal is also among the offerings from closer to home.From Europe we move into Persia and a variety of marvelous carpets in silk or in wool from the most famous centres of weaving in the in the Nineteenth century. A rare 282cm x 97cm long Kuba stair carpet from the Caucasus with a Kufic border from 1860 also appears in the sale as well as a Marasalì prayer carpet from 1850. This latter piece is easily recognisable on account of its parrot-patterned border and decorated multi-coloured centre. It measures 156cm x 118cm. The large fragments of carpets woven in the Seventeenth century in Ushak are Anatolian as well as the Memling Gul fragment from Konya from the Eighteenth century.
Eastern Turkestani s present in the auction with more than five pieces. There are carpets from China including a pair with dragons wrapping themselves around the columns of imperial palaces while another very precious carpet with a dragon embroidered with a metal thread bears letters that attest to its being destined for the Forbidden City. From India the auction is offering two dhurries that were made for the palaces of the Raj as well as two other highly individual pieces: a small agra with palms and a square amritzar with a yellow background in a perfect state of preservation.
The pair of suzanis in silk from Uzbekistan from around 1930 is unique. They measure around 234cm x 152cm and 228cm x 150 cm. Also worthy of mention is the exceptionally rare Arkilla Kerka, a wedding kilim, from 1940, hailing from Mali. A similar example of this carpet is exhibited at Basle’s Museum of Culture.
One of the masterpieces of the auction is the fragment of a tapestry from 1580 entitled, “Feuilles de choux with deer and animals of fantasy”, attributed to the French manufacture “A La Marche” of Aubusson. It measures 200cm x 190 cm.: perfect size for a tapestry which is a prefect example of the taste of the time.