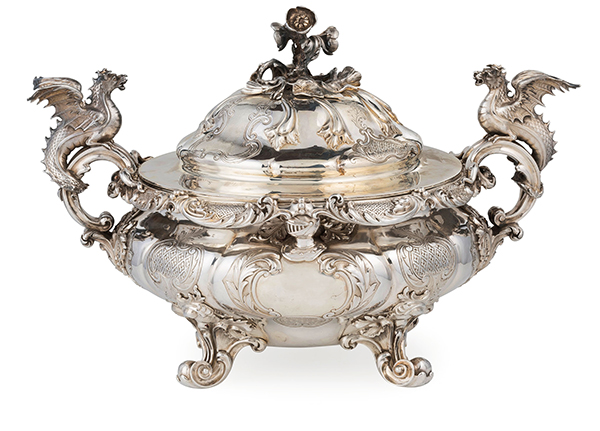 In the Silver Department, 2016 has produced increases of 14.8% compared to the same period in 2015 with a total of 1,194,480 Euro made in the May auction thus achieving one of the top five results for the Department for the first half of the year. An example of this was the sale dedicated to Silver From Roman Collections that reached a total 91.1% lots sold and 198% of lots sold by value.

One of the most interesting results was the 39,680 Euro achieved for a large silver soup tureen made by Paul Storr in London in 1838 weighing over six kilos and hailing from the Faraone Collection. In the Spring session there was a total increase of 88.3% of lots sold and 123.9% of lots sold by value.

The top lot was an intensely-beautiful tempera painted icon on board featuring the “Virgin of Vladimir”, made between 1899 and 1909 by the Muscovite goldsmith, Kurlikov, with a riza in gilt silver and beading, selling for 27,280 Euro