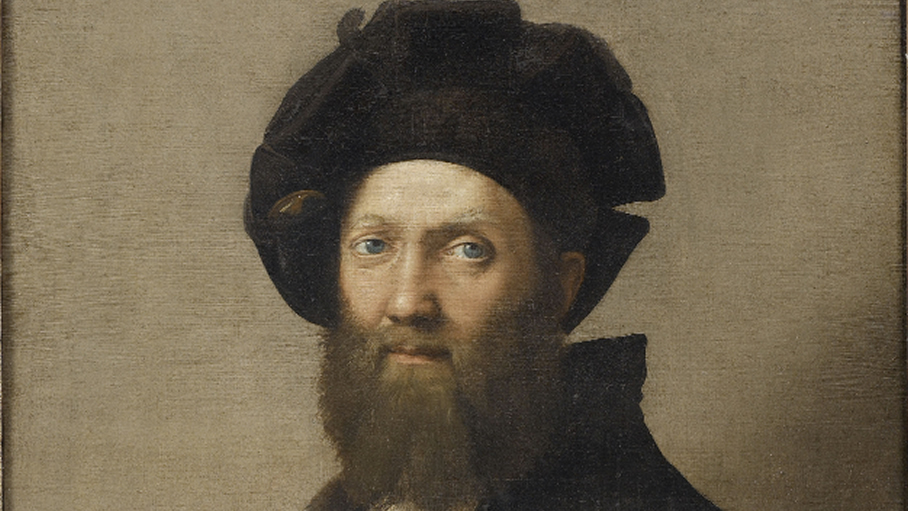 At the beginning of the sixteenth century, when Renaissance art is at its peak, the Eternal City is the tangible proof that the balance and perfection of Classical art can be overcome. The discovery of the sumptuous remains of the Domus Aurea, the revealed Apollonian perfection that permeates Raphael’s Vatican Rooms, and the titanic conflict between matter and spirit that Michelangelo faces on the walls of the Sistine Chapel, testify that, through living memory, classicism is always contemporary.
Between 1509 and 1520, Rome was the city of Raphael, the city of Popes such as Julius II and Leo X who were the patrons of the arts, the city of enlightened humanists such as Baldassare Castiglione, famous for Il Cortigiano, one of the highest expressions of prose. In 1514-15, Raphael dedicated him a portrait that became the very essence of the contemporary man, of scientists and intellectuals who made the last season of his short life vast and articulated. He represents the very idea of beauty that, from that moment on, became an archetype and paradigm in the following centuries, from Guido Reni to Nicolas Poussin, from Anton Raphael Mengs to Jean Auguste Dominique Ingres.
Five hundred years after the death of the Divino Urbinate, until September 27, 2020, the Scuderie del Quirinale will host a major exhibition celebrating his incomparable mastery with 120 autograph works including paintings and drawings. Created by the Scuderie del Quirinale together with the Gallerie degli Uffizi, the exhibition is curated by Marzia Faietti and Matteo Lafranconi with the contribution of Vincenzo Farinella and Francesco Paolo Di Teodoro, and presents works from the most important museums and national and international collections.