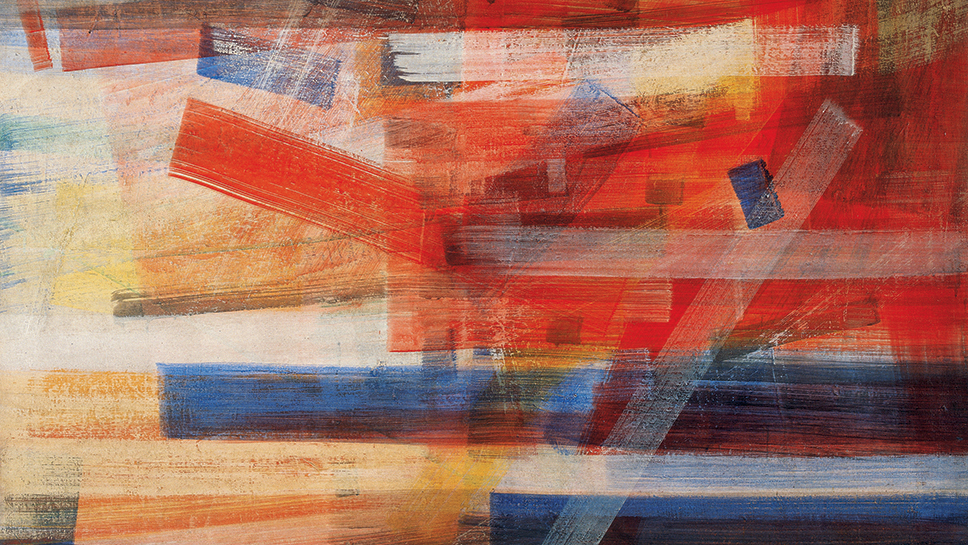 From the 12th November 2016 to the 13th March 2017, the Peggy Guggenheim Collection in Venice is exhibiting over ninety works by Tancredi (Feltre 1927 – Rome 1964) in an exhibition entitled, “My Weapon Against the Atom Bomb is a Blade of Grass. Tancredi. A Retrospective”. Luca Massimo Barbero is the associate curator of the museum and will be presenting over ninety works by the great artist, who died prematurely at only 37 years of age. He had been one of a handful of undisputed protagonists on the international art scene during the second half of the Twentieth century. It was Peggy Guggenheim, that brilliant American art patron and collector imbued with an infallible eye and impeccable taste who at first understood the enormous potential of the young Tancredi. She offered him a contract and his very own studio at Palazzo Venier dei Leoni. This was the only other time she was to carry out such a generous and forward-thinking act after similar attentions paid to Jackson Pollock. Peggy Guggenheim promoted Tancredi’s works in the United States. His work was full of colour and strokes caught up in a whirlwind of lyricism as imperceptible as it was vibrant. Fittingly, too, it is from one of America’s most famous museums – the MoMA – that one of the exhibition’s most precious groups of his works hails from – a selection of paintings that has not been back to Italy in over half a century. The exhibition is an extraordinary opportunity to admire a collection of masterpieces – most of which belonging to the Guggenheim Museum in Venice – that tells the brief but intensely-experienced parable of this highly gifted and ill-disciplined artist, a story that was condensed into a mere few years that were lived through with heart-rending vitality. After six whole decades, Tancredi has returned as a protagonist to within the very walls that were witness to the moment he first set flight. To round the exhibition off, as if they were an extra little gift, are the quite unexpected collage-paintings, the so-called Country Diaries (Diari paesani) and the Flowers Painted 101% by Me and Others (Fiori dipinti da me e da altri al 101%), an absolute revelation for this particular retrospective, carried out between 1962 and 1963, “considered examples of exceptional creative vigour and dramatic exhilaration”.