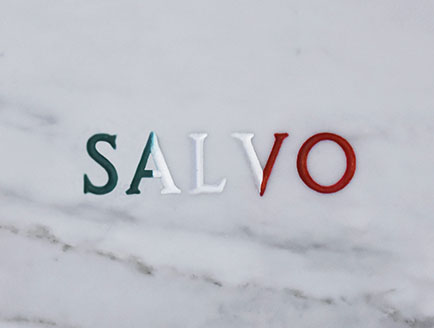 The magic that characterises Carlo Carrà’s long and intense artistic research (first futurist, then metaphysical and finally, after 1922, characterised by a transcendent lyricism), finds its balance in the landscape, interpreted between the identification of things and the need for abstraction. A suspended dimension that leads to spiritual introspection and to the poetic dimension of memory. This is particularly evident in the works exhibited in the great anthological exhibition that Palazzo Reale in Milan dedicates to Carrà until February 3, 2019. Here, we can admire the placid “Paesaggio”, 1951, that will be auctioned on 22 November 2018 in the Milanese auction of Modern and Contemporary Art set up in the prestigious spaces of Open Care Frigoriferi Milanesi. The auction will include a carved and painted plaque by Salvo (Salvatore Mangione’s pseudonym), 1971, titled “Tricolore”. Here, the artist – who at first was very close to the artists working in the field of the so-called Arte Povera (Alighiero Boetti, Mario Mertz, Giuseppe Penone, Ettore Zorio, all working in Gian Enzo Sperone’s gallery) and, towards the end of the Seventies, approached the American conceptual art of Joseph Kosuth and Sol Le Witt – develops his fight against the system – with monumental and classicistic connotations – supported by Germano Celant, scholar and main driver of the last Italian movement worldwide of the Twentieth century. 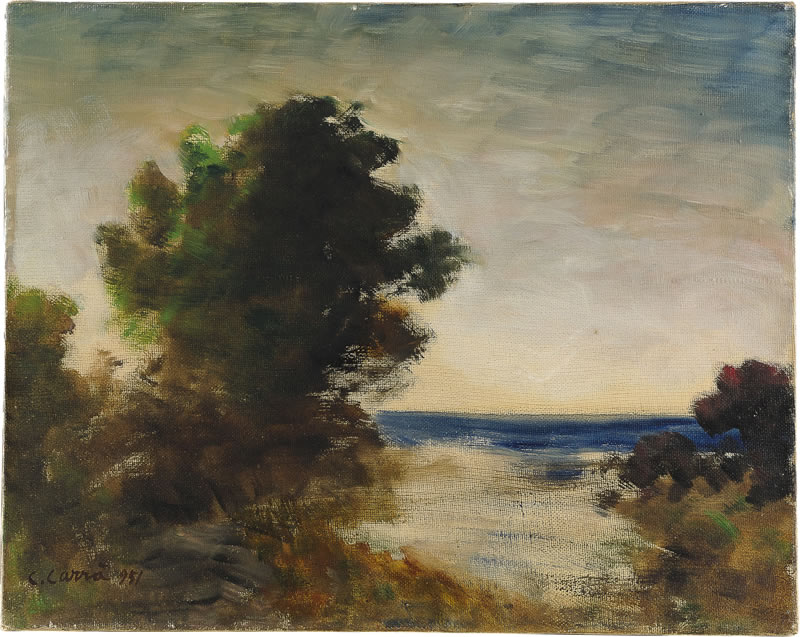