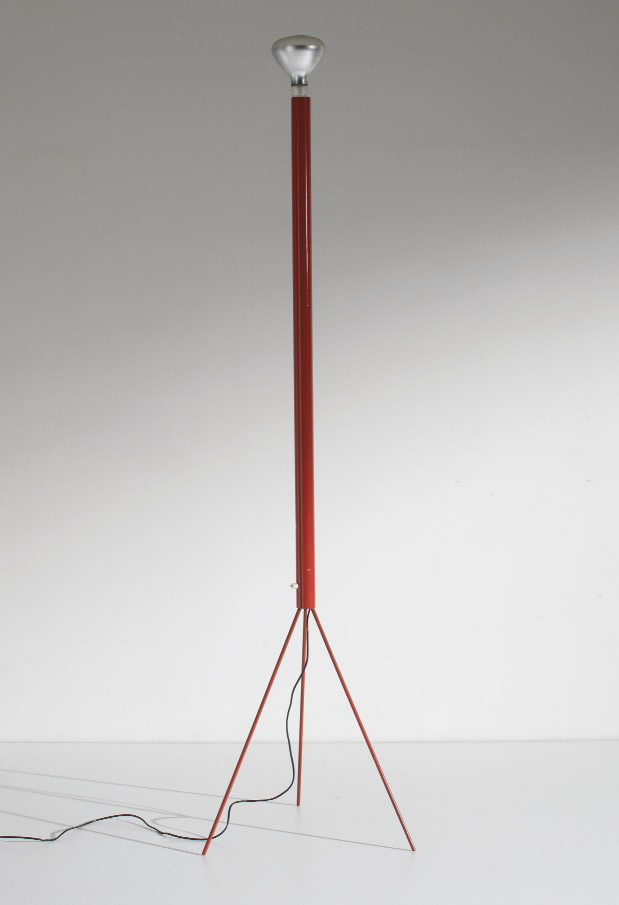 Space was a major theme of the post-World War II period of the 20th century, as demonstrated by the debate that flared up around the “Big Bang” – the theory that described the origin and evolution of our Universe. Above all, it was a heated argument between the United States and the Soviet Union for political and economic hegemony and spheres of influence in this and other worlds, which led to the moon landing of the American space mission Apollo 11, and Neil Armstrong touching down on the moon on the night of 21 July 1969.

In the visual arts, Lucio Fontana’s cuts open up space to a third physical and spiritual dimension. In design, he is synonymous with irony and daring.

Achille and Pier Giacomo Castiglioni’s “Luminator” floor lamp for Gilardi & Barzaghi in the mid-1950s interpreted the theme with a radical attitude, stylising a “rocket” that lit up the house-galaxy. A joyful, delicate madness seems to pervade the gilded brass lamp by Stilnovo, which explodes with its light, supple arms, putting the architectural and design rigour of rationalism and the modern movement behind it with radiant optimism.

The economic boom was just around the corner and Italy, after the pain and destruction of war, craved a reassuring bourgeois lightness that would show renewed confidence in the future through bold yet functional design objects.