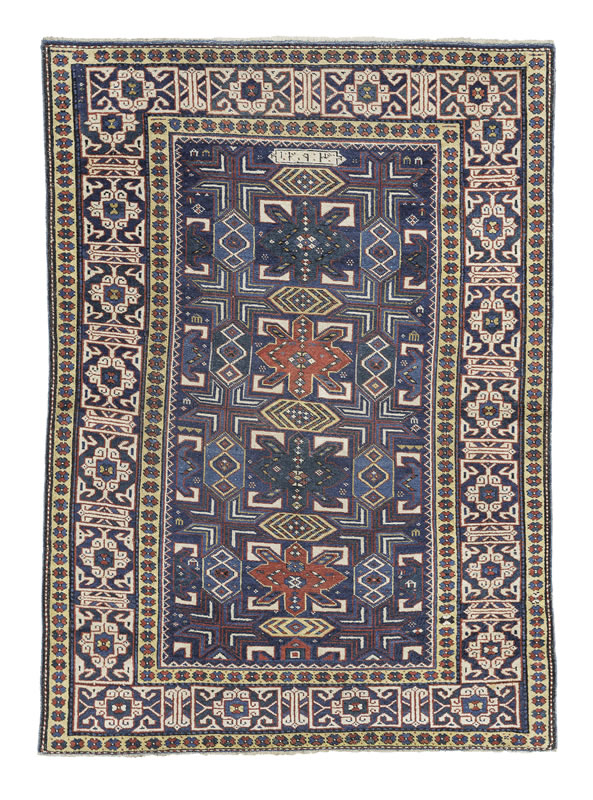 The auction of Antique Carpets and Fabrics presents an eclectic selection ranging from about 1500 to 1960 of a ‘craft’, that of weaving, which is very ancient and is produced over the centuries in almost all continents and countries.
A catalogue that is rather a book dedicated to the world of knotted and woven art to be leafed through in order to learn more about its history. The first page is dedicated to a Millefleures tapestry in warm and enveloping tones from the manufacture of La Marche, made in France in the 16th century. The second presents a Flemish Oudenarde tapestry from around 1600 that tells the story of the young David before King Saul – one of the most famous episodes in the Bible – which symbolises that faith and courage triumph over brute violence.

From Portugal, an embroidery from Arraiolos from around 1750, attributable to the manufacture of the convent of Paraizo in Évora – the capital of the central-southern Alentejo region – and an embroidered carpet from around 1900, decorated with fruit. And also a beautiful English embroidery, a floral carpet from Aubusson, two rare Bessarabia Kilims, tribal Kilims from Anatolia, and two Qashga’i Kilims of considerable artistic value, a Senneh Kilim and the Sofreh, tribal tablecloths of contemporary taste.

There is no lack of carpets par excellence from the Caucasus and Anatolia, a selection of decorative Persian carpets of great value, including a series of magnificent examples in the finest silk, and examples from Central Asia, China and Tibet.
As far as Chinese and Japanese silks are concerned, finally, three kimonos of remarkable beauty emerge. From Africa, an embroidered fabric of very fine workmanship from Algeria, and two “Boucherouite” Moroccan carpets from 1950.