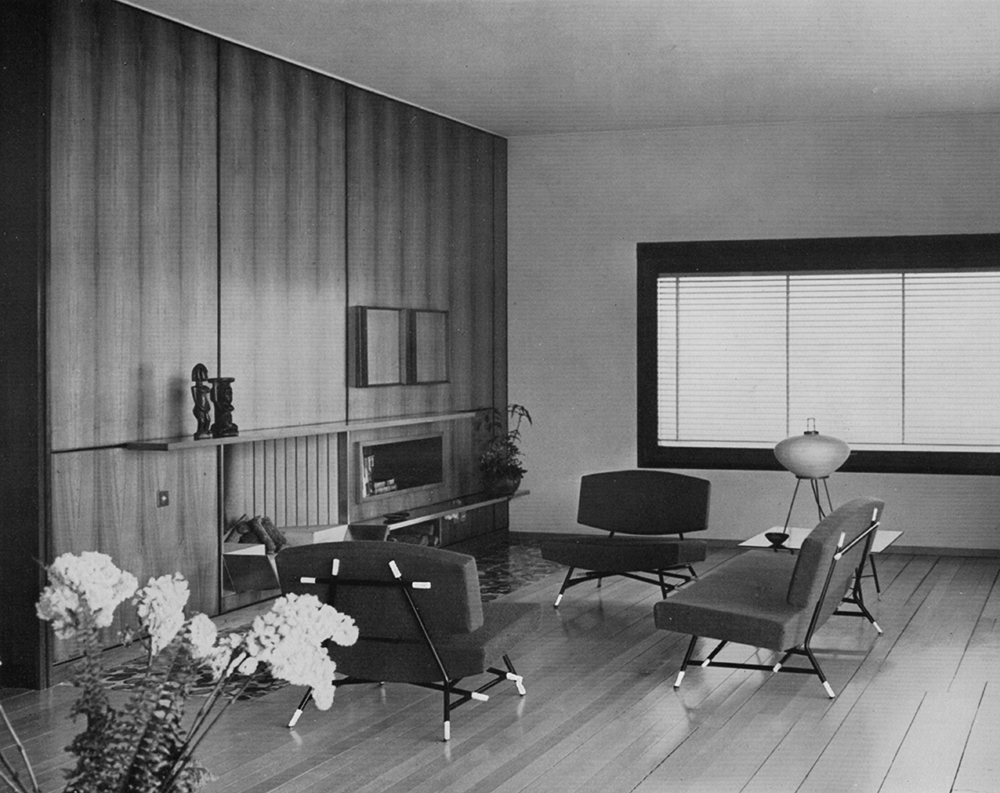 Ico Parisi and the lightness of being

Lightness, simplicity and equilibrium were the creative forces behind the 865 armchairs and sofas that Ico Parisi made in 1957 for Cassina in reinforced metal. They were padded and upholstered in textiles. The slanting cut that lightens the contours of the chair, the intersecting and the bending of the metal as well as the chromatic play between the black of the structure and the white of the ends are unmistakeable elements of Ico Parisi’s skills and mastery in which he strove to create a synthesis of aesthetic pleasure, physiological practicality and industrial essentiality.
His talent was one that was cultivated right from the very beginning with all the top names in Italian architecture such as Giuseppe Terragni with whom, in 1935, Parisi began working. It was around such figures that Ico Parisi met the architectural and artistic avantgarde in both Como and Milan during that period. During the years that followed the Second World War, and the opening in 1948 of his studio – shop, La Ruota, with his wife Luisa Aiani, and his graduation with a Degree in Architecture at the Polytechnic of Lausanne in 1950, Ico Parisi enjoyed a period of professional activity that grew more personal and more mature as time went by. He became more critical towards the rationalistic currents in his early training and concentrated more consistently on design projects for the home and the potential integration of his work with other arts, as was demonstrated by his initial work on the homes that he undertook with the likes of Mario Radice, Fausto Melotti and Umberto Milani for the middle-class homes of Como.